Past President Of The Kansas Society Of Anesthesiologists Indicted For Fraud

This is totally effing unbelievable. Dr. Scott T. Roethle, MD, an anesthesiologist residing in the state of Kansas, has been indicted by a federal grand jury for healthcare fraud. What makes this case so difficult to fathom is that Dr. Roethle is a past president of the Kansas Society of Anesthesiologists. He has also served as a delegate to the ASA and an executive director of the Kansas City Medical Society. In addition, he appears to be involved in multiple start up companies according to his bio.

According to the indictment, Dr. Roethle was charged with receiving kickbacks worth $674,000 for writing prescriptions for patients he never saw or documented. He would charge $30 per prescription. His orders were usually for orthopedic devices or lab tests that the patients said they never asked for. This fraud carried on from 2017 to 2020. Medicare says they lost $26 million for these phony prescriptions. He has medical licenses in 22 states and thus could write prescriptions for patients all over the country.

I'd like to think that there is more than one Scott T. Roethle who is an anesthesiologist in Kansas. I would love to be proven wrong and chalk this up as a mistaken identity. But Google only found one Scott Roethle, MD and the ASA's own membership directory showed only a single anesthesiologist in the whole country by this name. In a physician review website, Dr. Scott Roethle is listed as having ten disciplinary actions taken against him by different medical boards across the country. How do doctors continue to find hospitals who will hire them when they've got so much baggage?

Dr. Roethle, good luck with your court case. I hope they throw you in the slammer and take away your medical license forever for besmirching the reputations of anesthesiologists everywhere. Was your life really worth a measly $30 per prescription or $674,000 over four years? Any decent anesthesiologist can make much more than that working an honest job.

Stealing From The Hospital 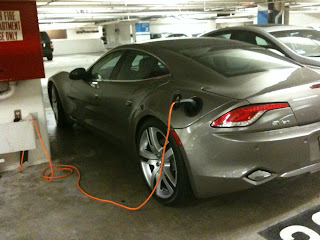 White collar crime is a huge burden in America. According to the FBI, the cost of white collar crime is over $600 billion. It is so pervasive that people don't even think of it as a crime. Who amongst us hasn't taken a pen found in a desk drawer at the hospital? Maybe you've taken several sheets of typing paper home to fill your own fax machine. In the operating room, people take clean lap sponges home all the time because they make the perfect polishing cloth for your car or furniture. Every time you see a doctor walking around in scrubs from another hospital, which maybe located hundreds or even thousands of miles away, that doctor is openly proclaiming his involvement in white collar crime.

I think nowadays one of the most common forms of stealing from the hospital is the usurpation of its electricity. Literally everybody does it. Most people I know, and just to be perfectly honest including myself, charge their electrical devices at the hospital. In fact, many people, again including myself, try to charge our phones or tablets or laptops completely before heading home for the night just so we don't have to pay for the electricity. Sure it may only cost the hospital a few cents to charge up my evil iPhone, but multiply that by thousands of employees and you can clearly see how this will affect the facility's electric bill and drive up health care costs.

Now take a look at the picture above. This car belongs to a doctor who is parked in the physician's parking lot. The car is a Karma Fisker, one of those fancy schmanzy plug in hybrids that in this case costs over $100,000. But that doesn't mean the owner didn't mind having somebody else pay for his car's propulsion fuel. Being the first one at the hospital with one of these allows him to monopolize the few electrical outlets in the parking lot, which is used by the maintenance people to clean the lot. But imagine when electrical and plug in hybrids become more commonplace. Soon everybody will be wanting to plug in their car at work to save money. Somebody may even bring in a multi-outlet power strip so that more cars can be charged simultaneously. This will be like everybody charging their cell phones at work but multiplied by a thousand times in costs to the hospital.

Is it wrong to do this? Absolutely. Will the problem get worse as more electrically powered cars and other devices proliferate. You bet. Is there any excuse to justify spending six figures on a car then being too cheap to pay for your own electricity? Yes. Al Gore made me do it.
Posted by ZMD at 8:20 PM No comments: