Things That Don't Belong In A Human Orifice

The orifices of the human body usually proceed in a one way direction. It either goes in or out. It can be very painful if one violates this law of nature. Anyone who has ever had a Foley catheter inserted or undergone a colonoscopy will attest to that. This hilarious Buzzfeed article lists some grotesque, gag inducing, so unlikely it-must-be-true-stories told by medical personnel of their encounters in the emergency room with foreign objects inserted into different holes of the body. It made me remember one of the most unbelievable and vivid sights I had ever experienced in the ER.

It was early morning and the ambulance dropped off a young man in excruciating agony. He didn't want to talk about it until after we pulled the curtains around his gurney. Once we did that, he pulled back the bedsheet and there was the most enormous, angry looking penis that I had ever seen. It was not enormous in any kind of enviable way. This was not just any ordinary case of priapism either. At the base of his penis was a very tight, very small metal penis ring. It was preventing the blood in his erection from draining back into his body. The penis was purplish in color as arterial blood was not able to enter the organ. It was becoming ischemic. If this was not corrected soon, he could lose his penis. This was a medical emergency.

The urologist on call was notified. When he came down, the man complained that it felt like there was something inside his urethra too. The urologist then ordered an X-ray of the man's groin. What was on the X-ray was even more astonishing. In the film, one could see various objects lodged inside his urethra. There were several fishing weights, paper clips, and even the spring from a retractable pen. Smartphones weren't invented at that time so I couldn't take pictures of that film but I'll never forget it.

Apparently what happened was the man was drinking heavily and doing drugs during his sexual encounter. He then passed out. While he was unconscious, his partner starting doing these masochistic acts on him and left. He finally woke up from the pain and called 9-1-1 since he couldn't drive himself to the hospital.

The urologist carried a small ring cutter for just this purpose. I guess this wasn't his first rodeo. Unfortunately, the penis ring was so tight and the tissue around it so swollen that he couldn't get the ring cutter around it to snap it off, no matter how much lubrication he put on the cutter. It was also excruciatingly painful for anybody to touch the patient's penis, even with sedation.

Ultimately the patient had to go to surgery to remove the penis ring and all the objects inside his urethra. I never found out how the man faired afterwards. I'm sure the surgeon was able to save his penis and urinary function but that is one lesson the man hopefully will never forget. Ask any physician and they will all tell you their stories of patients with some foreign objects inserted into a body cavities.

For anybody who wants to explore their sexual fantasies by inserting objects into various orifices. Please. Be very careful. Or we'll be seeing you in the ER eventually.

The boss was frantically emailing all the anesthesiologists the other day. Apparently somebody called in "sick" and couldn't cover their call, an all too frequent occurrence around the holidays, or any long weekend for that matter. Can somebody please pick up an extra call so that the OR's can continue to run smoothly?

Almost immediately, one of the female anesthesiologists piped up and announced that she couldn't take an unplanned call. She has "childcare issues" and couldn't be expected to help out her partners. Somehow I'm not surprised by this but it still irks me.

Why is it the women can pull the childcare card out at their convenience to get out of work while the same would not be acceptable for men. I remember years ago when my children were small and both of them and the wife all fell sick with a cold. I asked for a day off to help out at home. You would not believe the earful I got from the boss about how this was totally unacceptable. He just couldn't understand why I needed to stay at home to take care of my sick family and how this was burdening the rest of the anesthesiologists who have to cover for my absence. I wound up getting more time off from work than I asked for as punishment for my impudence.

But nobody blinks twice when women say they need to take time off to take care of the family. As a matter of fact, nobody dares question women about why they want to take a day off. It's just assumed they have family issues they need to help with. If men ask for time away, it couldn't possibly be for domestic issues--they must want to drink beer and catch a ball game or hit the beach. They couldn't have a legitimate reason for leaving work.

The implication when women say they have childcare issues at home and can't help out is that only men should be asked next time. Why ask the women when ninety percent of the time they will say no while the men do not have that option. Yet they want pay parity with their male colleagues even though they don't want to put in the hours?

Let's see what happens as medicine becomes a progressively female profession. Women now make up over fifty percent of medical students. What happens when the majority of physicians are female? Will a patient's healthcare access be limited by their doctor's sniffling three year old at home? Who's going to take care of the emergency at 10:00 PM when most of the doctor's can't be expected to leave their family at home to come in? Will medical costs rise because the hospital has to hire more physicians?

Maybe male doctors should have a #MeToo movement of our own--I also don't want to take extra calls to cover for somebody else's domestic issues. But the double standard against men keeps me from getting away with it.
Posted by ZMD at 3:21 PM 1 comment: 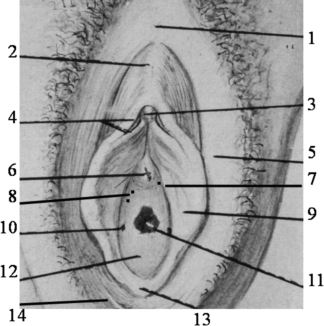 This extremely clinical description of the female genitalia will surely take any romance out of the mystery of female orgasms. Hmm, required reading for high school sex ed and college fraternities everywhere?
Posted by ZMD at 9:50 AM 2 comments:

Email ThisBlogThis!Share to TwitterShare to FacebookShare to Pinterest
Labels: sex

Is Being A Virgin A Social Pariah? 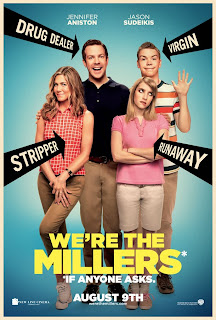 I've been seeing billboards of this new movie popping up all over town. While I haven't seen its trailer or heard anything about it, I am more concerned about the message it sends regarding sexual attitudes in this country. The movie poster appears to suggest that the family in the movie is a bunch of social pariahs you wouldn't want living next door to you--a father figure who may be a drug dealer, a mom who may be a night club stripper, a daughter whose antisocial behavior has turned her into a runaway (check out her I-don't-give-a-f*** facial expression). But the last member of the family is an innocent looking boy who has a big black arrow labeled "virgin" pointing straight at his head. Really? Is being a virgin in America nowadays the equivalent of a neighborhood drug dealer?

Has Hollywood's portrayal of virginity reached such scorn that it is almost unacceptable for a male to remain a virgin? In the "40 Year Old Virgin", the main character had remained a virgin because of several sexual misadventures in his past. But he was perfectly satisfied with his current social situation, even if it is nerdy to the extreme. However his buddies just knew that nobody can be right if they haven't had any sex, even if it is only with a one night stand. Spoiler ahead. Once he does lose his virginity, he does a little happy dance to a Bollywood style musical. So losing it will solve all of life's problems and make you a complete man?

Hollywood's cultural influence doesn't just affect immature and vulnerable teenagers. A few weeks ago there was a Craigslist help wanted ad from a mom in Philadelphia who wanted to hire a girl to help her son lose his virginity before he leaves for college (Harvard just in case you think the kid is some low life loser). She goes into great detail about how handsome and fit her son is but is just too shy to approach girls to lose his cherry. The mom even offers to pay off any prospective candidate's debts if she is successful in this scheme. How creepy and sickening is that?

Perhaps if we had a more conservative attitude towards sex in this country, we wouldn't be having so many problems with teenage pregnancies. If teen boys are conditioned in this country to start their sexual activities early, guess who they are going to jump on. That's right, teen girls Maybe if we didn't associate virgins with a social misfits, we wouldn't have to give every girl an HPV vaccine to prevent cervical cancer down the road. If virginity was not a dirty word, maybe we wouldn't have millions of new cases of STD's every year.

I know I sound like a prude, somebody who is still living in the 1950's. But this blatant movie poster just drew out my moral outrage. There are many problems in our country. Keeping one's virginity is not one of them. Losing it the wrong way just for the sake of getting rid of it to fit into societal expectations is. How refreshing and original would it be to poke fun at sexually promiscuous movie characters instead of holding them up as an ideal. Sometimes doctors can only treat the consequences of bad choices. We all need to do our parts to help promote a healthier population.
Posted by ZMD at 12:47 PM 1 comment: