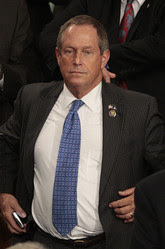 This is the shout out from Republican Rep. Joe Wilson (S.C.) when President Obama said the health care reforms would not pay for treatments for illegal immigrants. I couldn't have said it better myself. If he wants universal health coverage, the emphasis should be on universal. Treating illegal immigrants is a mandate set by the federal government. We physicians do not ask for a passport or Social Security card before taking care of a patient. Yet if the government refuses to pay for this mandatory treatment, guess who eats the costs, physicians and hospitals. The costs of this unreimbursed mandate then gets passed along to the rest of the population. The people are not dumb. They know that illegals have to be medically treated if necessary and just saying the reforms bills do not provide money for this treatment doesn't mean somebody doesn't have pay for it. If an illegal immigrant gets into a trauma situation, or has complicated labor and delivery, or needs hemodialysis, are we supposed to just stand there and watch them die? Even without a federal mandate physicians would treat these patients. I think that's what the government is counting on, our generosity and moral obligation to do this and not raise too much of a fuss.

On the local talk radio this afternoon after the speech, the talk show host was interviewing a newly elected Democratic Congresswoman in L.A. In a city with millions of illegal immigrants, he asked her, how can the government promise not to pay for the care of these illegals and yet demand that they be treated like everybody else? The Congresswoman hemmed and hawed, trying to change the subject by saying there are plans in the bills to help poor families obtain health insurance. But of course she had to concede that these subsidies would not apply to illegal immigrants. So even Congress haven't a clue about how to resolve this huge problem. But what would you expect when the senators in charge of making a "bipartisan" health care reform bill include Max Baucus, Chuck Grassley, and Olympia Snowe, all small state senators with hardly any local illegal immigrant issues.

As for the rest of the president's speech, I think Mr. Obama has been a reader of my blog (ha ha). He mentions moving malpractice cases out of the court system and into arbitration panels composed of medical experts. Suprisingly he doesn't even have to go through Congress for that. Apparently this can be accomplished by executive order. If that's the case then what's been taking them so long when we've had nearly 28 years of conservative presidents in office? We'll see how soon President Obama can defy the trial lawyers and create this new system.

The president also endorsed setting fees for "Cadillac" high cost health plans. As expected, the unions are opposed to this, even though most of their rank and file would not be affected by this fee. The insurance companies are already threatening to pass along this cost to everybody else, of course. But this would help pay for the new universal coverage plus make it just slightly more fair for people who have to buy their own health insurance and don't get a tax deduction out of it, like moi.

Overall nothing too surprising in the speech. I think it's a little too late to change minds though. And we still haven't seen any reconciliation bill between the House and Senate so it's too early to decide whether one should be outraged or rejoicing. We'll just wait and see.
Posted by ZMD at 9:00 PM No comments: