If Only They Had Listened To The Anesthesiologist

A settlement has been reached in the medical malpractice case involving the death of comedienne Joan Rivers. If you recall, Ms. Rivers died in 2014 while undergoing an endoscopy to evaluate her hoarse voice. The circumstances were pretty murky but somewhere along the line, Ms. Rivers' personal ENT doctor was allowed to evaluate her larynx during the procedure even though the surgeon had no privileges to operate at the Yorkville Endoscopy Center and there was no consent for it to be performed. Presumably during the laryngoscopy and possible cord biopsy, Ms. Rivers suffered laryngospasm, causing her to become hypoxic and go into cardiac arrest. Her heart was revived but she never regained consciousness. Life support was removed by her daughter one week later.

The terms of the settlement were not disclosed though supposedly the monetary compensation is quite substantial. However, more details about the events of that day have been released. Apparently, Dr. Renuka Bankulla, the anesthesiologist in the room, rightfully feared that she would face a malpractice suit after her patient's death so she wrote a lengthy five page note about what happened in the procedure. This proved to be invaluable for Ms. Rivers' lawyers during the case.

According to Dr. Bankulla, the doctors in the procedure room were so enamored of Ms. Rivers' celebrity status that they violated normal protocols of conduct, including taking pictures of the patient while she lay on the operating room table and allowing a surgeon to do a procedure who had no privileges at the facility.

The anesthesiologist documented that she told the surgeon the patient's vocal cords were swollen and they might close off. Dr. Lawrence Cohen, the gastroenterologist in the procedure, replied, "You're such a curious cat." and ignored her warning. He called his anesthesiologist "paranoid" and allowed the ENT surgeon, Dr. Gwen Korovin, to proceed with the laryngoscopy.

Sure enough, Ms. Rivers' cords snapped shut, closing off her airway. When Dr. Bankulla asked for help in performing an emergency cricothyrotomy, Dr. Korovin had already hustled herself out of the building, leaving the anesthesiologist and her colleagues by themselves to try to reestablish an airway. When they finally did, it was too late to save Ms. Rivers' life.

One has to wonder what might have been if Dr. Bankulla had been more forceful in her warning about Ms. Rivers' precarious airway status and stood up for her patient to prevent the laryngoscopy from proceeding. Was she intimidated by Drs. Cohen and Korovin? Was she in awe of Ms. Rivers and let her better judgement slip? We may never know.

The lesson here to all surgeons is that they need to listen to their anesthesiologist. If the anesthesiologist suspects trouble, it is time to back away from the procedure. Our only responsibility is the safety of the patient. Nothing else in the procedure room matters.
Posted by ZMD at 11:10 PM 2 comments:

New York's Health Department has released its findings on the events leading up to Joan Rivers' death at Yorkville Endoscopy last August. It gives a fascinating reading on how celebrity and unprofessional behavior of physicians can interfere with the best laid plans to protect patient safety.

Basically the report states that Yorkville Endoscopy failed in its responsibilities in these four areas:

1. Have a process in place to assure that only authorized personnel are permitted in the procedure room.
2. Have an effective process in place to assure that only credentialed physicians can perform procedures.
3. Ensure that informed consent is obtained for all procedures that will be performed and
4. Ensure a "Time-Out" (a preprocedure protocol for verification of the correct person, procedure, and site) was called to confirm each procedure to be performed.

Essentially, all these deficiencies point back directly at the ENT surgeon, Dr. Gwen Korovin. The report states that Dr. Lawrence Cohen, the gastroenterologist, wrote that Ms. Rivers needed an EGD to evaluate for gastric reflux and hoarseness in her voice. However, two nasolaryngoscopies were performed by Dr. Korovin, as confirmed by the anesthesiologist. The first one was performed before the endoscopy while the second one was done immediately afterwards. The Interim Medical Director and the Vice President of Clinical Operations both confirmed that Dr. Korovin had no privileges to perform procedures at Yorkville. Ouch.

The report clearly documents the downward spiral that took place in the room. Ms. Rivers' baseline vital signs were: BP 118/80, HR 62, RR 16 O2 sat 100%. During the course of the procedure, the vitals steadily deteriorated:

Two minutes later, a Code Blue was called. Even the type of cardiac arrest is in dispute. One note, called the Cardiac Arrest Record, indicated that the patient became pulseless at 9:30. Meanwhile, a different page called the Endoscopy Code Blue Record said that the patient went into ventricular tachycardia with a pulse. In either case, there is no indication that she received the proper resuscitation protocol per ACLS.

Much of the events mentioned came from the GI tech and administration staff, as the physicians in the room have all essentially lawyered up and refused to give any incriminating statements. However the anesthesiologist was cited for two major violations. As part of her routine preop exam, she failed to mention the height and weight of Ms. Rivers. This could easily have led to an overdose of propofol if the correct weight is not used in calculating the rate the drug was given.

A second misstep was in the documentation of the drugs given during the procedure. In the computerized anesthesia record, the anesthesiologist said she gave a total of 300 mg of propofol. Yet in an addendum she said only 120 mg was given. When asked about this discrepancy, she said that she only administered a 100 mg bolus of propofol followed by a 20 mg bolus later. The computerized record showed she gave boluses of 100 mg, 100 mg, 50 mg, 50 mg all within five seconds of each other. Those other boluses, she said, were accidental double clicks on the computer for 100 mg. She couldn't explain how she double clicked 50 mg boluses when she claimed she only gave 20.

There are no statements made to the Health Department from the GI physician, Dr. Cohen, himself. I'm sure the anesthesiologist's statement that Dr. Cohen took a cell phone picture of the patient while she was asleep will not help his case. He probably has some very expensive lawyers right now telling him to just shut the f*** up for now.

What a tragic end to a brilliant comedic career.
Posted by ZMD at 12:32 AM 3 comments:

Celebrity Doctors And Their Celebrity Patients 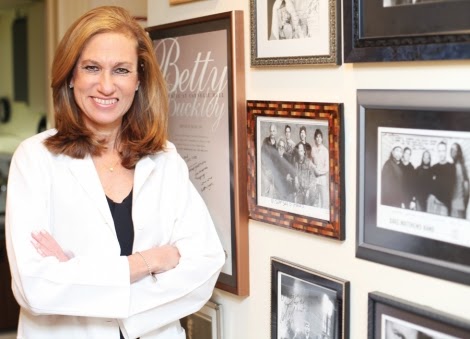 The New York Times has a lengthy puff piece on the ENT surgeon who was present during Joan Rivers' final and fatal procedure, Gwen Korovin, M.D. Dr. Korovin graduated from Cornell then went to SUNY Syracuse for medical school. Upon graduation she did her residency in Manhattan's Lenox Hill Hospital. There, she was mentored by Dr. William Gould, an ENT physician with many celebrity patients. When Dr. Gould retired, Dr. Korovin assumed his practice, retaining many of his famous clients.

Dr. Korovin was highly recommended among the rich and famous. She appeared to have treated everyone on Broadway for throat and sinus ailments. They all loved her. And she loved them back. She was glamorous in her own right, dressing in chic outfits that rivaled her patients and attending their red carpet premiers. Like a good concierge physician, she apparently could be reached at all times day or night by her patients. She received their loyalty when she confronted show producers and demanded they let the stars rest their voices instead going on. So much for the old show business ethos, "The show must go on."

The writer, who admits he has been Dr. Korovin's patient, name drops the doctor's patients throughout the article. Stars like Cher, Bruce Springsteen, Elvis Costello, Ariana Grande, and many others are mentioned. I wonder if all these people that are named gave the author permission to mention them as being patients of Dr. Korovin. If not, this is a huge HIPAA violation.

Perhaps it was these ongoing relationships with VIP patients that ultimately led to her downfall. She may have been just a bit too cocky as she breezed into Yorkville Endoscopy that fateful day last August to treat her good friend Ms. Rivers. She was so sure of her status that she couldn't even bother identifying herself to the staff at the surgery center, some of whom assumed she was the patient's makeup artist.

Whether the doctor will be sued by Ms. Rivers' daughter for medical malpractice is still to be determined. But that is the life of a VIP doctor. Your mistakes are just as outsized as your patients.
Posted by ZMD at 8:00 PM No comments:

In today's Well blog in the NY Times, they discuss the curse of the VIP patient. VIP's can be anyone from celebrities to physicians to the mother of the hospital administrator. VIP Syndrome is well documented in the medical literature. Patients considered VIPs frequently wind up with worse outcomes than "regular" patients. It is a well known medical axiom that patients who are doctors and nurses frequently have unforeseen complications during the course of treatment. The Well blog discusses how the extremely wealthy father of a patient arranged to have five different physicians from five different hospitals take care of his son. None of them could agree on a course of treatment since nobody was actually in charge. As a consequence the son received worse care than he otherwise would have.

In the city where I practice, we have celebrities and other VIPs everywhere. You can see them jogging on the sidewalk or bump into them at the Whole Foods Market. Naturally we treat them all the time at our hospital. I've treated rock stars, billionaires, TV and movie celebrities. You can always tell when you are going to get a VIP patient. On the OR schedule there is an unusual pseudonym. When you log onto the hospital computer system to look at the patient's lab work, a warning comes up about how you are being monitored. While preop does not allow an entourage inside, there is usually the Patient Advocate standing at bedside to take care of any needs that might arise. Most of them are really nice, just regular folks, but there are a few that are notorious for being a pain in the ass. They get special cordoned off areas in preop and recovery. People walk on eggshells around them. I have to admit I still get butterflies when I treat a very prominent VIP. I wouldn't want to read in the newspaper the next day that so and so "died in the hospital during a routine procedure due to anesthesia complications." The horror.

Yes we try to treat everybody the same. But we are all human. We will treat VIP's differently despite our best efforts. We just hope we don't wind up being household names like Dr. Conrad Murray.
Posted by ZMD at 11:17 AM No comments: