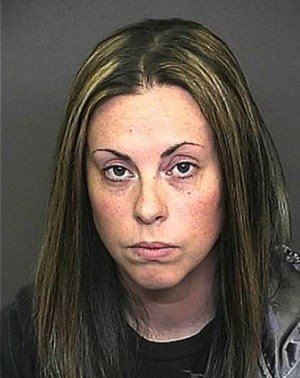 The LA Times reported on a surgical tech, Kristen Diane Parker, who may have infected scores of patients with hepatitis C. She traveled from Texas to Kentucky to Colorado before she was finally caught stealing narcotics in the OR. Now thousands of patients are being tested for hep C and unfortunately a few have come back positive.

This article raises some serious issues. Ms. Parker apparently would go into the OR and switch syringes of fentanyl with dirty syringes, thus passing on her disease. Why were there syringes of narcotics lying around on the anesthesiologists' carts. Were these syringes not locked up or did she have the keys to the carts? If she was able to replace the narcotics with another syringe, why did she use dirty needles for the new syringe? She had access to new syringes but not clean needles? She was in the OR. There are needles everywhere and she couldn't find a clean one? You can bet JCAHO will be all over these hospitals' OR procedures in the very near future.

She says she didn't know she had hepatitis C because she didn't go see a doctor due to lack of health insurance. For goodness sakes she worked in hospitals. They don't provide health insurance for their employees? She was fired from one hospital for stealing fentanyl last April but she was able to move pretty quickly to a surgery center. Don't these places perform due diligence and investigate the backgrounds of their applicants? So many questions that need to be answered and accounted for.
Posted by ZMD at 10:04 AM No comments: