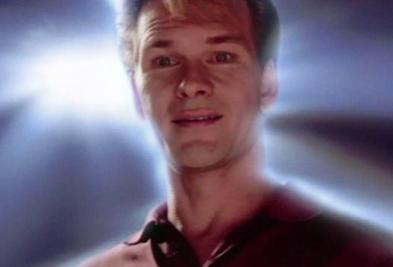 I think it's finally safe to say that I had the honor and privilege of taking care of Patrick Swayze in the last couple of years of his talented life. He and his wife were the nicest and most down to earth people you'd ever want to meet. When I first met Patrick, I must say I was more than a little intimidated. There on my schedule that day was the name Patrick Swayze. I thought, "No, it couldn't really be HIM." But how many people are named Patrick Swayze? And there in preop was the man. I started introducing myself by saying "Hello Mr. Swayze." He was so kind; he said I could just call him Patrick. At the time he looked exactly like in his movies, though of course a bit older, but instantly recognizable.

He and his wife never asked for special privileges. Frequently they were at the hospital by themselves without the usual Patient Advocate tagging along. But of course we treated him like the superstar that he was. He was very open and we could ask him anything. He talked about his old movies, the injuries he sustained when doing his own stunts, his love of dance and theater. He said people frequently confused him with Kurt Russell, though I found the resemblance remote at best. Plus the onscreen personalities were completely different.

Any discussion of his movies would start with Dirty Dancing and end with Ghost. While Dirty Dancing made him a star, I find his character bedding an underage Baby a little disturbing to contemplate in this day and age of rampant child molestations. His opus was definitely Ghost. In it he was funny, sensitive, aggressive, sympathetic, and charming. That's quite a trick to pull off when you're playing a murder victim. Who couldn't laugh when he was chanting "I'm Henry the Eight I am..." over and over again, torturing poor Whoopi Goldberg into accepting his demands. And who had a dry eye at the end of the movie when, spoiler alert for the two people on this planet who haven't seen the movie, Patrick's character was summoned to ascend to heaven. I'd like to think that's what Patrick Swayze saw in his final moments on earth. Farewell Patrick Swayze. You were a part of my growing up and your death only reinforces what we should hold dear in life: family, friends, integrity, character.
Posted by ZMD at 11:02 PM No comments: