Is the AMA legit? 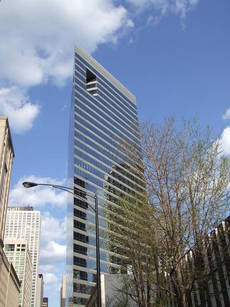 During the health care reform debate, the public and Congress seem to believe that the American Medical Association represents the views of physicians in the country. But does it really? There are approximately 900,000 practicing doctors in the U.S. The AMA's membership is a little over 240,000. But that includes everybody from medical students up to retired doctors. According to MedPage Today, in 2005 only about 135,000 practicing physicians belong in the AMA, or about 15% of the total.

When the AMA approved of the passage of the House health care reform bill (H.R. 3200), this was widely publicized as the country's medical doctors agreeing with the need for radical change to our health care system. However, public rifts with H.R. 3200 and the AMA quickly surfaced. Many doctors opposed the public option found in the House bill. They feel this would quickly sink the private health insurance market and herd everyone into a Medicare monopoly with its low reimbursement rates. In fact, in a recent poll, 45% of doctors would consider quitting their practice if the current health care reform bills passed through Congress.

The American Society of Anesthesiologists made a very public appeal to its 43,000 members to reject H.R. 3200 and the AMA. ASA president Roger A. Moore, MD argued that the public option provision would link physician reimbursement to Medicare rates. For anesthesiologists, this is very bad news indeed. The ASA has been trying for over a decade to increase Medicare reimbursements for anesthesia services. On average Medicare pays only 33% of what private insurance pays for anesthesia while other medical specialties receive from Medicare about 80% of private insurance payments. AMA president J. James Rohack, MD responded that the Medicare link provision is not finalized and in fact was left off a competing bill from the House Energy and Commerce Committee.

Is there a nefarious reason for the AMA to approve of H.R. 3200 so quickly? Does the AMA have a self interest in passage of this bill that has nothing to do with compassion for the uninsured? Stay tuned.

Above, a picture of AMA's headquarters in Chicago
Posted by ZMD at 9:17 PM No comments:

Email ThisBlogThis!Share to TwitterShare to FacebookShare to Pinterest
Labels: Is the AMA legit?
Older Posts Home
Subscribe to: Posts (Atom)