Terror In The MRI 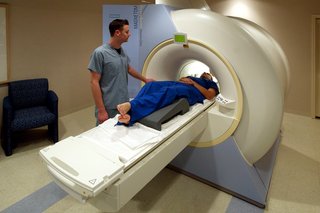 RaDonda Vaught, former nurse at Vanderbilt University Medical Center, has been found guilty of negligent homicide in the death of Charlene Murphey, a 75 year old patient under her care. Back in 2017, Ms. Murphy was admitted to the hospital for a stroke. The patient was supposed to get an MRI scan and was anxious, which is not uncommon in patients undergoing an MRI. Ms. Vaught, as her nurse, went to the drug cabinet to fetch some versed, an anxiolytic. Instead, she took out vecuronium, a paralytic agent. She injected the muscle relaxant into Ms. Murphey, how much is unknown, and left the patient to get scanned. By the time the scan was completed and Ms. Vaught returned, her patient was braindead.

As an anesthesiologist, this drug mixup is very perplexing. Versed comes in liquid form. Vecuronium, on the other hand, comes in a powder. It has to be dissolved in a liquid before it can be administered to a patient. How the two drugs got mixed up is incomprehensible. As an ICU nurse, Ms. Vaught surely has given versed in the past to her patients. She may also have given vecuronium to intubated patients to help them ventilate more easily. She should be familiar with both drugs. The two are nothing alike. This mistake isn't even like the heparin debacle a few years ago in Los Angeles, where the children of Hollywood celebrities were overdosed due to a high concentration solution being injected instead of the standard concentration. Versed and vecuronium are packaged completely differently and don't look ANYTHING alike.

The responses from the medical community have been predictably defensive and disappointing. Some tried to blame the drug dispensing machine, which got the first few letters of the medications mixed up and gave her the wrong one. The American Nurses Association issued a statement lamenting that, "The nursing profession is extremely short-staffed, strained, and feeling immense pressure. This ruling will have a long-lasting negative impact on the profession." Excuse me? The ANA is worried that there won't be enough nurses because of the criminal actions of one of their own? You know what? Right now there are real shortages of police officers all over the country. Should we have let Derek Chauvin go free because finding him guilty might cause other officers to quit?

Let me picture for you the gruesome ending of Ms. Charlene Murphey that fully justifies Ms. Vaught's verdict. Imagine you're going to get an MRI done. The test usually takes at least 30 minutes, frequently longer. You're stuck inside this long narrow tube with barely any room to move your body. There are loud strange noises reverberating in the machine throughout the entire procedure. Not surprisingly, many patients ask for a sedative to make them feel a little more relaxed during the exam.

Ms. Murphey asked her nurse for something to calm her down. Ms. Vaught decided to get versed, which is a fairly standard sedative for this procedure. Inexplicably, she grabbed vecuronium instead. Without ever reading the label on the drug vial, she dissolves it in a solution and injects the drug into Ms. Vaught.

The patient, fully trusting of her nurse, then goes into the scanner. Vecuronium is not a fast acting paralytic agent. It can take a few minutes for it to fully kick in. By then, her nurse would have been out of the room so they can proceed with the scan. When the patient realizes something is amiss and she is having great difficulty breathing, it's too late. There is nobody around. The only people nearby are the staff in the control room where they can see the patient at all times. But all they can tell is that Ms. Murphey was laying there quietly, not disrupting their scan.

The patient obviously was not being monitored or else the staff would have noticed her vital signs kick into overdrive as the body realizes it can't breathe. There was no monitoring to detect when here oxygen saturating started drifting lower. The patient, fully conscious because she has been paralyzed without any sedation at all, is locked in and has zero ability to communicate. As her brain screams for help, her body is helpless to escape this situation. Finally, after several minutes of agony, Ms. Murphey would have gone into cardiac arrest and brain death from the lack of oxygen, with a room full of people just on the other side of a large window unwittingly watching her die.

This is the worst nightmare for anesthesiologists, to have a patient awake under the knife. But at least we're still providing ventilation so the patient isn't suffocating. Ms. Murphey was left all alone to die because her trusted nurse didn't do something as basic and routine as read the drug label before she killed her.