War With CRNA's At The VA

With exquisite timing, right in the middle of National CRNA Week, the president of the American Society of Anesthesiologists sent a blistering email to ASA members lambasting the Veterans Administration for not taking seriously concerns about CRNA's practicing independently.

The Spokesman-Review article that Randall M. Clark, MD, FASA referred to describes attempts by anesthesiologists at the VA hospitals to use a whistleblower program called "Stop the Line" to report unsafe patient care conditions outside the normal chain of command. This is in response to the VA allowing CRNA's to practice independently at the nation's veterans hospitals.

The anesthesiologists have used "Stop the Line" four times but have received zero response from the department. When news of these reports were discovered, the nurse anesthetists were not terribly happy. They threatened work stoppages and slowdowns in retaliation.

Predictably the CRNA's are framing this as an access issue. Without their presence, they warn that veterans will have less access to lifesaving surgery and face major delays in care.

Frankly, I find this latest skirmish between anesthesiologists and CRNA's pointless. If the ASA is trying to prevent CRNA's from practicing independently, that horse left the barn years ago. The Covid pandemic opened the door to the nurses practicing without physician supervision nationwide during the Trump Administration and the nurse-friendly Biden Administration is unlikely to change that.

Once nurse anesthetists have a taste of independent practice, it is very difficult to force them back into a care team model. It's the same feeling when anesthesia residents finally become attendings--nobody wants to have somebody looking over their shoulder when they've had the opportunity to make their own decisions about patient care without being second-guessed.

At this point, it really is futile to try to return to the care team model where CRNA's have already practiced independently. The best outcome for the ASA is a tenuous detente where we maintain the physician supervision that is still in place and attempt to not lose any more ground.

ICE or BEV With Your Blizzard? 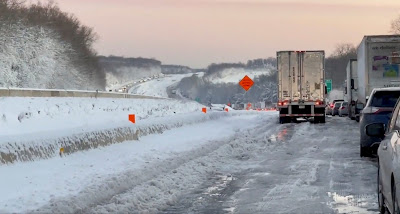 Just a quick introduction. I don't own a Tesla or any electric vehicles but I found this information very educational as we head off into our battery powered future.

Remember that blizzard in Virginia on January 4 that made national headlines? The state highway system came to a complete stop, trapping travelers on the road for nearly 24 hours. A truck driver tweeted that a Tesla driver knocked on his cab window and asked him for a blanket to keep his kids warm. He wondered what would happen when the Tesla ran out of juice. Would that poor family freeze to death as they waited futilely for a rescue?

That tweet became major news. A Washington Post op-ed (paywall) worried about what will happen when the country's transportation goes completely battery electric vehicles (BEV) only. Electric cars are much more difficult to get off the road when they run out of power compared to internal combustion engine (ICE) powered autos. You just need to add a couple of gallons of fuel into the tank and the car is good to go.

The good folks at Car and Driver decided to run a little experiment with this scenario. They took a 2019 Tesla Model 3 Long Range and idled it next to a 2022 Hyundai Sonata N to see which car would last longer. The average outside temperature during this test was 15F though it got as low as 9F. They set both cars' climate controls to 65F.

Well guess what--the Tesla could last nearly as long as the Hyundai in this demonstration. The Tesla has the advantage of Camp Mode which turns off every part of the car except for climate control when the car is in park. The Hyundai's engine idled at full power the entire time. The Tesla started out with 98% charge on the battery and ran for 37 hours straight, leaving about 17% charge or 50 miles remaining. In theory, it could have continued for a total of 45.1 hours. The Hyundai's engine was stopped after 24 hours but they calculated it would have gone a total of 51.8 hours with its 16 gallon gas tank.

The Tesla was able to achieve this because BEV's have more efficient motors. The Model 3 used up 1.6 kWh per hour while the Hyundai burned through 10.6 kWh per hour. Another reason BEV's are safer in unexpected emergencies is because electric vehicles are more likely to have a full "tank" every time they go on the road since most owners charge their cars at home overnight. Meanwhile, ICE owners don't usually fill up their cars until well under half-tank. Good luck trying to find a gas station when there is an emergency evacuation order.

So next time you snicker at the BEV driver and their worries about range anxiety, just remember that they are more likely to have a full tank in their car than what you're currently driving. In fact, when was the last time you even saw a BEV stranded on the side of the road because they ran out of juice? In Los Angeles, cars are stranded on the sides of the freeways every day because they ran out of gas.

By the way, that truck driver later tweeted that the Tesla family did just fine when the Virginia highway finally opened up. They still had 18% charge on their Tesla when they finally made it off the road to the nearest Supercharger station. I'd be more worried about trying to find a bathroom in a blizzard than getting stuck long enough for an electric car to lose all of its battery power while trying to stay warm.

Just a follow up from a story from back in 2017. Dr. Stephen Kyosung Kim was charged with murder when his patient, Dr. Mark Greenspan, a 71 year old orthopedic surgeon, died after surgery. Blood and urine drug tests showed Dr. Kim had Demerol and Fentanyl in his system at the time of the incident.

Dr. Kim admitted that he had stolen Demerol 50 mg from the Rodeo Drive Plastic Surgery Center in Beverly Hills that morning. He administered a general anesthetic to Dr. Greenspan even though they had discussed using regional anesthesia. Dr. Kim then left the operating room to give himself Demerol and Toradol. He subsequently fell down and hit his head but came back to the OR to finish the case. While in recovery, Dr. Kim overdosed Dr. Greenspan with Demerol and the patient became apneic and went into cardiac arrest. Dr. Kim tried multiple times to intubate Dr. Greenspan but was not successful and the surgeon died.

The anesthesiologist admitted to the prosecutors that he had a drug addiction and had taken narcotics over 150 times while at work. His medical license was subsequently revoked. After four years, Dr. Kim pleaded guilty on December 2021 to manslaughter and was immediately taken to jail. It is expected that he will return to court in December 2023 and be sentenced to two years of jail time which he will have already served.

Doctors Are Vassals Of The State 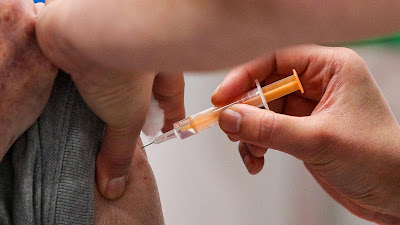 If there is any doubt that doctors do not have autonomy in their workplace, recent court decisions regarding vaccine mandates have proven it. A couple of weeks ago, The Supreme Court ruled that the Biden Administration's vaccine mandate for all employers with more than 100 employees was unconstitutional. Congress never authorized this action and the executive branch doesn't have that authority no matter how the administration contorted the laws. Then last week a US District Court in Texas found that vaccine mandates for federal employees were also unconstitutional, again citing overreach of the administration in their use of federal laws.

So does anybody in the US need to get the vaccine? Large employers cannot force their employees to take the coronavirus vaccine. Federal employees also cannot be required to accept the vaccine. Small employers have not had any federal mandates for their employees to receive it or get fired. The only federal mandate for vaccines that was accepted by the Supreme Court was for doctors, nurses, and all medical industry who accept Medicare and Medicaid reimbursements. Yup, it's all about the money.

The reason the Centers for Medicare and Medicaid Services was able to force healthcare workers to get jabs despite deep concerns among large groups of the population, including doctors and nurses, is that there is a clause in the Medicare laws that states the government can do whatever it takes to make sure the programs function smoothly. Therefore it gives the Secretary of Health and Human Services broad authority to make sure they run uninterrupted, which in this case means healthcare workers who accept money from CMS do not get sick from Covid and they do not transmit the virus to their patients.

I am not a vaccine skeptic. I got my first shot the first week that it was available at our hospital. I have since been boosted. I just find it frustrating that even though physicians are some of the most highly educated people in the country, we are under the boot of the federal government with little recourse for dissent.

Besides vaccine mandates, other government rules keep doctors on a very short leash. EMTALA laws tell us who we can and cannot treat (spoiler: we have to treat everybody). HIPAA laws decide what we're allowed say. Through the Joint Commission, they dictate what we can wear, where we can eat, how we dispose of trash, and essentially all functions of a healthcare facility. Doctors are threatened with loss of their livelihoods if they exercise their freedom of speech to talk about their skepticism of the consensus. Our incomes are based on the whims of the federal government where they threaten to cut reimbursements every year. Medicare reductions of 1-2% are considered a win for the healthcare community even though inflation is soaring all around us.

Do physicians have any constitutional rights left? When physicians first got into bed with the federal government, many were anxious about cozying up with such a large entity. We were assured it would be just a small program, costing only a few billion dollars each year. Besides, shouldn't doctors just suck it up so the elderly and destitute can receive their rights to decent healthcare? Half a century later, as the programs expand their eligibilities and the demographics of the population has changed, Medicare and Medicaid enrollment are now over 100 million people.

The medical community essentially cannot function without government money. With so little leverage, is it any wonder the Congress can so easily talk about cutting medical reimbursements each year and face almost no backlash? We are required to follow rules that would have a private employer facing an ACLU lawsuit within five minutes. If we're going to ride the bull, we're going to have to expect to get gored.