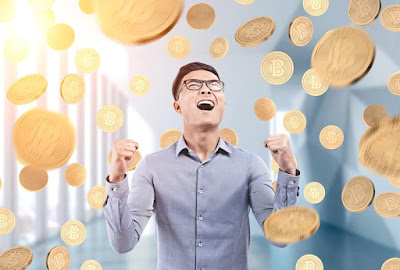 Doctors are always complaining about being overworked and underpaid. They dream of accomplishing the gospel of FIRE, financial independence/retire early. Yet few physicians are able to execute that plan because it calls for massive financial deprivation (saving 50% or more of your income) and social hardships (no fancy cars or vacations to pay off debt). All this to retire by the age of 50 and worry whether your portfolio will last the next 40 years.

Yet you regularly read news of people who are able to parlay their smarts and sweat equity into substantial passive income. There are the two children from Dallas, 14 and 9, who are now making $30,000 per month mining cryptocurrency. Ishaan Thakur and his younger sister Aanya started by converting their gaming computer to mine ether after watching YouTube videos. The first day they made $3. Just like that they made money from thin air. Satisfied with their results, they added more processors and made $1000 their first month. As they made more crypto income they kept adding more processors. In four months they were making $36,000 per month! Their only expense is paying utilities to a data center which is about $3000 per month. These kids are doing the ultimate FIRE and could retire before they finish high school.

Then there is this story of an ex-pastor and his wife who are now living comfortably on their rental income generated from 30 properties. They started with nothing and were able to accomplish this feat in two years. (Business Insider subscription required.) The young couple were living paycheck to paycheck in Denver when their daughter had a medical emergency. They realized how little safety net they had. So they started watching house flipping shows on HGTV and read real estate investment books. They sold their house in pricey Denver and bought a house in St. Louis, saving hundreds of thousands of dollars. The family began with one house where they did all their own rehab to save money. Before long they were renting out the property, earning a small income. With that cash flow they kept buying more houses, fixing them up, and renting them out. Within two months they were renting out three properties making $1000 per month. Now less than two years later they have thirty properties and live comfortably on their rental income.

It seems like doctors should be able to generate this level of passive income easily with our high levels of education and large salaries to start. These people did not go to school as long as us and basically started out with nothing but their smarts and hard work. Why can't doctors routinely do the same thing?

Is it because with our high salaries it takes a lot of passive income to move the needle and so many doctors don't think it's a worthwhile endeavor? If you're making $4000 per month and generate an extra $1000 per month renting houses, you've substantially increased your earnings. However if you're earning $40,000 per month as a doctor, making another $1000 per month doesn't seem worth the trouble.

Or maybe it's because we're too busy to think about starting a second income stream. When you're working sixty hours per week, the last thing you want to worry about is going to a rental to fix a leaky toilet after getting off work at 7:00 PM. If you hire somebody to do all the repairs then that destroys your cash flow and you wind up losing money on that property. So perhaps doctors would rather spend their off hours resting at home than running off to fix a tenant's complaints.

Maybe our education narrows our mental focus. All those years of medical school blinds us to business opportunities when they present themselves because we're concentrating so much on running a medical practice. Any thought about earning extra money invariably is medically related, such as becoming an expert witness for malpractice cases or getting honorariums giving talks for pharmaceutical companies. We should broaden our scope and look beyond the medical industrial complex. With our ample incomes, why can't doctors also buy a bunch of crypto miners and start generating crypto money? If two children can do it, surely physicians with over a decade of higher education can too.

Next time, before buying that new Mercedes to replace the three year old Mercedes, maybe think about keeping the old car and use that money for creating a meaningful change in your life. Plenty of people are able to create wealth for themselves with far less education and cash flow. Perhaps we should get on this gravy train too.