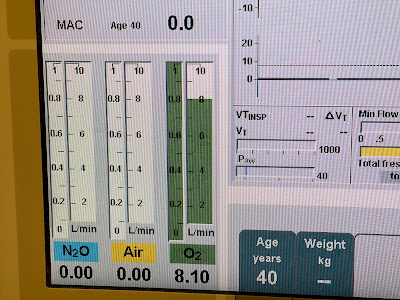 The Covid pandemic feels endless. As soon as one area starts controlling its rate of transmission, the virus seems to pop up elsewhere to ravage the population. This has led to various states of emergencies at different times and locations. It's like a deadly game of whack-a-mole.

One thing all these virus affected areas have in common is that there is a great need for large amounts of oxygen. Virus victims often present to the hospital gasping for air. They're frequently placed on high flow nasal cannulas or BiPAP to assist their breathing. If it's severe enough, they may have to be intubated and mechanically ventilated. All these devices require massive amounts of oxygen flowing 24 hours a day.

With thousands of people requiring oxygen to keep them alive, oxygen shortages have been reported in this country and around the world. Some hospitals in the state of Florida reported having less then 36 hours of oxygen left. India has run out of oxygen in some cities, resulting in hundreds, perhaps thousands, of people dying needlessly.

So it ticks me off when I come in to work in the morning and see the gas flows on the anesthesia machine turned up to maximum with no patient in sight. It's especially aggravating on a Monday morning when one wonders if that machine has been turned on like that the entire weekend.

Not only is this a huge waste in a time where there are shortages of oxygen in many places, it is also detrimental to the patients that might be placed on that machine later in the day. High gas flows will dry out the CO2 absorbant. The dessicated absorbant can form a chemical reaction with the volatile anesthetics to produce carbon monoxide which is then absorbed by the patient.

It is so easy to prevent this from happening. I make it a point to turn off all my gas flows right before I take my patient out of the room. There's no need for the machine to be pumping out ten liters of oxygen per minute between cases. At the end of the day, just push a button to turn off the machine so that no gas flows are present to dry out the CO2 absorbant.

In a time when anesthesiologists are debating whether sevoflurane or desflurane is better for the environment, something as simple as turning off the gas flows after each case can produce real tangible benefits for all mankind during this health crisis. So do it! Turn off the gas when you're done. Even if you don't live in a high Covid infection area, this simple consideration can help patients all over the country and around the world.