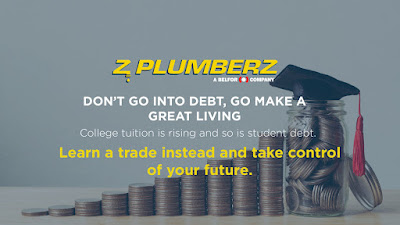 American doctors may be among the highest paid physicians in the world, but that wouldn't include anesthesiologist who receive their patient reimbursements through government healthcare.

In an interview in Becker's ASC Review, Dr. Scott Harper, Assistant Professor of the Department of Anesthesiology and Perioperative Medicine at the University of Alabama Birmingham, noted that Medicare pays anesthesiologists the equivalent of $45 an hour for their services. That's less than what your local plumber charges you to come in and look at your clogged toilet.

With new federal laws prohibiting doctors from balance billing, which is charging patients for the balance of a medical bill not fully paid for by insurance, the problem is only getting worse. Insurance companies have no incentive to reimburse doctors fairly because they don't have to deal with irate customers who have to pay out of pocket anymore. Now these companies are canceling contracts and lowering thier reimbursement rates, getting closer to Medicare rates.

Anesthesiologists already have to put with Medicare payments that are only about one third of private insurance reimbursements. Medicaid, which is government insurance for the poor and indigent, pays even less. The wide expansion of stingy Medicaid is how the Affordable Care Act aka Obamacare is able to insure millions more people, on the backs of doctors and hospitals.

If the private insurance payments keep going lower, anesthesia private practice will be a thing of the past. We will all become hospital employees like emergency medicine or pathologists. Only hospitals will have the leverage to negotiate fair contracts with these behemoth insurance corporations. Individual anesthesiologists will not be able to sustain a viable business model with payments that rival the plumbing profession because plumbers don't have to pay back six figure student loans and five figure malpractice insurance premiums as part of their business expenses.

Email ThisBlogThis!Share to TwitterShare to FacebookShare to Pinterest
Labels: Insurance coverage for anesthesia, Medical Economics, no money for you