Doctors Are Not As Essential As They Think They Are 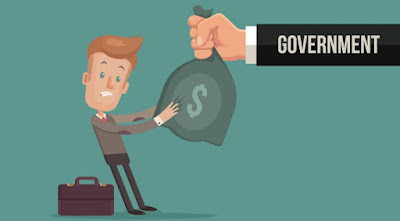 Remember at the height of the pandemic last year when people were hanging outside their windows applauding healthcare workers for their selfless sacrifices to treat Covid patients? That was quite an ego boost and seemed to signal that people finally realized how essential doctors and other medical workers are to the well being of a nation and the world. But now, when it's time to match the rhetoric of appreciation with cold hard cash, all the applause is silenced.

The federal government is on schedule to cut Medicare reimbursements to doctors close to ten percent next year. The complicated formula for this involves the expiration of bonus hero pay of 3.75% enacted last year. Then there is another 5.75% cut to meet budget neutrality rules that were put into law back in 2011. Altogether, that plus other scheduled pay cuts add up to a nearly 10% reduction in Medicare reimbursement next year. This is happening even though doctors are already making less than plumbers. (Many readers have pointed out that Medicare actually pays doctors around $80-90 per hours rather than $45 that I wrote previously. Well, $90 per hour after years of higher education and hundreds of thousands of dollars in student loans still stinks. After you take out taxes, it's closer to $45 than you think).

How pernicious are these annual drip drop reductions in physician pay? Since 2007, GI doctors have seen their Medicare reimbursements drop 6%. Cardiac surgeons are down 8%. And cardiologists are lower by 22%. What other professional field has seen their pay actually go down over the last 15 years?

Meanwhile, the cost of running a medical business keep rising. Staffing salaries are higher. Utilities are higher. Insurance is higher. Taxes are higher. Yet doctors are expected to pay all that with less income coming in.

You want to know who the government considers the real essential workers? All you have to do is follow the money. The Biden administration announced they are increasing federal workers' pay over two percent next year. That may not sound like much but it's still better than the cuts doctors are facing. On top of that, the federal workers also get a brand new paid holiday to enjoy their new money, Juneteenth. Could you imagine the uproar if the government unilaterally cut their workers' pay ten percent and they had no say in its implementation? The entire federal government would shut down within 24 hours as they all go on strike and stay home.

Yet doctors continue to act as martyrs and just accept the reductions in reimbursements year after year. This makes it necessary for them to run faster than ever just to stay in place. Or more commonly, most doctors now don't run independent practices anymore. Many have gladly sacrificed their independence by working for large medical corporations. Independent doctors just don't have the resources and time to be fighting behemoth entities like insurance companies and the government.

You would think the five trillion dollar budget supplement that Congress is haggling over could include more money to treat the country's population. Unfortunately clean energy and immigration reform for illegal aliens seem to take precedence over caring for sick people in America. They do it because they know they can and we doctors won't put up much of a fight just as we have not done so for the last fifty years.

Email ThisBlogThis!Share to TwitterShare to FacebookShare to Pinterest
Labels: Medical Economics, Newsroom, no money for you