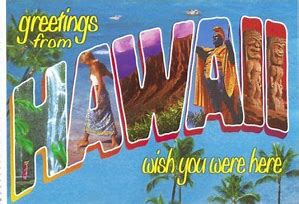 The maintenance of certification (MOC) run by the various medical boards is one of the most despised activities that physicians have to endure. The various tests and continuing medical education materials cost thousands of dollars in order for a physician to keep his board certification and stay gainfully employed. The kicker is that there is no evidence that any of these activities actually improve a physician's clinical acumen. As proof, look at the doctors who have lifetime certifications and never have to take any of this crap. These older physicians who grandfathered into these certificates should be the ones who need CME's, not the newly graduated doctors who still freshly retain their recent training. Yet these older doctors will vehemently deny they are any less qualified to see patients than their younger colleagues.

Many doctors have long suspected that the existence of MOC's is just a money making scheme perpetuated by the medical boards. Now Medscape has done a deep dive into the tax returns of the American Board of Emergency Medicine and it shows how lucrative running a monopoly institution can be.

According to the ABEM's 2018 tax return, the organization reported $19 million in revenue and has $38 million in reserves at its disposal. It also reported $16 million in expenses with a profit margin of 11.2%.  How does this small medical organization with only 41 employees make millions of dollars?

The ABEM states its major revenue maker are the tests it administers to physicians. New certification costs $4.7 million to administer and brings in $5.4 million. Fair enough. Continuing certification, on the other hand, only costs $1.6 million but hands the ABEM $7.3 million each year. Even Microsoft's profit margins aren't that good.

For comparison, the article looked at the American Board of Radiology. Their revenue numbers are similar to the ABEM so it can be assumed their expenses should be too. The ABR reported initial certification brings $4 million while the continuing certification makes $10 million.

What does the ABEM do with all this money? They lavish their directors with paid vacations to exotic locales, even including their families in on the largess. The company retreats are in lavish settings like Hawaii and Park City, Utah. They fly first class and get virtually unlimited meal expenses. The directors also make mid six figure incomes that dwarf the average salaries of the doctors who they are supposed to represent.

These numbers are only going to go up as more physicians graduate and need board certification and MOC while older physicians who don't make any money for the boards retire. In the years ahead the boards can only look forward to an ever increasing revenue stream, even before they raise prices for their monopoly services.

Is it any wonder that there is such resentment of the medical boards? Their monopoly status, sanctioned by the government, insurance companies, and hospitals, makes them virtually unaccountable to the doctors who have to pay for their services to keep their jobs. The only beneficiaries of MOC are the boards themselves, not physicians or patients.