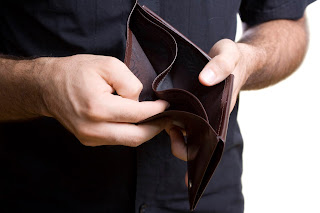 There's no getting around the fact that the pandemic was devastating to the economic well being of nearly every industry last year. Healthcare was no exception. Between the loss of revenue from cancelled appointments and procedures to the increased expenses of paying for personal protective equipment and scarce hand sanitizer, many people in medicine saw their incomes slashed or evaporated.

Medscape has just released its 2021 edition of its annual Physician Compensation Report. It was drawn from a poll taken from October 2020 to February 2021. It therefore captures all the income made from 2020 and reflects on the continuing difficulty physicians were having during the severe winter surge in coronavirus cases.

The bottom line is that many physicians saw their incomes drop but hardship was not spread evenly. Anesthesiologists took a big hit with a five percent reduction in income compared to the year before. The average salary is now $378,000. However other fields like plastic surgery and oncology saw big jumps in income. So overall, physician income last year was about flat from the year before.

The average income numbers masked some really painful situations for doctors. Ninety-two percent of doctors said covid caused their incomes to decline, mainly due to loss of hours, patients, or even their jobs. In fact, 13% in the survey said they went for a period with no income at all, with the average length of time about three months. That is a scary prospect for people like doctors who have high expenses to meet like student loan debt and office overhead to maintain.

The top three reasons doctors said their incomes dropped were: reduction in hours, no annual pay raise, and reduced staff hours. However 45% said the pandemic didn't affect their salaries at all. If their incomes dropped, about 40% predict it will return to prepandemic levels within twelve months so at least the affects were only temporary.

Unfortunately for my group, our incomes are not likely to ever return to the salad days prior to covid. We dissolved our anesthesia group due to multiple economic weaknesses that became glaringly obvious during the pandemic. As Medscape's survey shows, employed physicians make a lot less than self-employed, an average of $52,000 less.

So our group's plight last year was not unique, even if it was still extremely painful to live through. We, like many other doctors across the nation, and the world, were hammered by the coronavirus both professionally and economically. So far we have made major adjustments and forged ahead to a totally different business model. We can only hope the coronavirus has been contained well enough for now so that we can get some back from what was lost for the last year and hope this truly is a once in a century medical phenomenon.