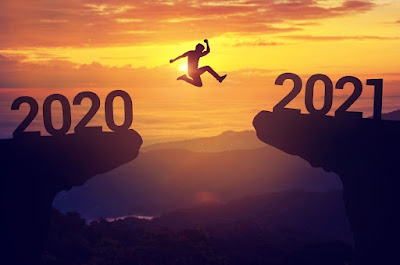 This is the conclusion of my series on my tumultuous 2020. While I was very lucky and didn't suffer any personal loss from the covid pandemic, the year was nevertheless one of the most unpredictable and contentious in my career.

When 2020 first started, I thought I was going to to have another routine banner year. The operating rooms were full. We were working hard, but getting paid handsomely. I had just run my first half marathon. The Wuhan virus was a disturbance in a faraway land that didn't seem to have any significance on this side of the Pacific. It was so inconsequential that Los Angeles proceeded with their marathon in early March. Then just a few days later, everything stopped.

Our incomes dropped over fifty percent over the next six weeks. The operating rooms practically shut down as images from Italy and New York haunted every doctor on the planet. We learned how to wear N95 masks and don and doff PPE's. Different treatments for covid came and went each week with no clear understanding if any of it worked. We all took out PPP loans from the government to keep from going bankrupt. The stock market had its fastest drop into a bear market in history. It was a darkness that we didn't know when or if it would let up.

Then spring brought a bit of a respite. The state governor allowed hospitals to start accepting elective cases again. Our operating rooms slowly began gearing up to do elective surgeries. But before long there came another surge. This time instead of shutting down the OR's, the administration took a more measured approach by limiting, not eliminating cases. As long as the hospital census was not overwhelmed with covid patients the OR's could continue to run.

Our anesthesia group could see this was going to be problematic for an indefinite amount of time. We couldn't let a disease dictate the economic well being of the group or the group's partners. It was time to change economic models. The group that I joined almost two decades ago was shockingly disappearing. We were going to get taken over and become employees, no longer the master of our destinies. My dreams of coming to work every day and working the same way for thirty years until I retire had been upended by a virus. Medicine's relentless march towards consolidation of physicians' groups and hospital systems was being abetted by a disease.

It took months of departmental meetings and contentious zoom chats but almost all of us signed on the dotted line and overnight became hospital employees. There were pros and cons to the new job, but the biggest adjustment was the introduction of CRNA's to the department. I think our anesthesiologists needed more education on the new system than the CRNA's. They had worked elsewhere with an anesthesia care team model while we had never had one. This is still an ongoing process within the group as we all adjust and try to make the system as efficient and profitable for the hospital as possible.

If any of you had wondered why I hadn't posted for several months, it's because of all these changes going on in my life. It was very stressful and caused me physical symptoms like weight gain and flareups of my eczema. We are still adjusting to the ACT model but we don't have a choice anymore. We no longer decide our own careers. It's dictated to us and we have to make it work or leave. This is my first taste of corporate medicine and it's a bitter pill to swallow.