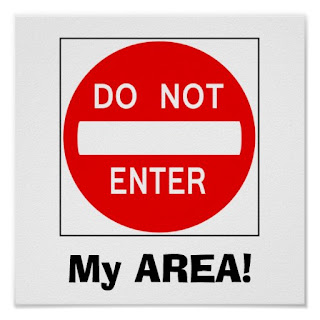 After working with CRNA's for several months, what is the main problem that I think is going to affect our group? So far, it's not the quality of their work. They're all competent in the OR and some are actually very good, dare I say even better than a few anesthesiologists we have in the department. We haven't had any issues with bad attitudes or incompetence. The problem with having CRNA's in the department is not that there is anything wrong with the nurses per se. It's the way the system is set up so that it diminishes the role of the anesthesiologist. What do I mean by that?

When supervising CRNA's, the anesthesiologist becomes more like a perioperative physician's assistant than a physician. We examine the patients in preop. We make sure the IV's are in place. We go over the findings with the CRNA and implement an anesthesia plan that we don't actually carry out. It's the nurse in the room that is giving the anesthesia. What goes on during the surgery is almost completely unseen by the anesthesiologist who is busy running a perioperative service outside.

When we talk about an anesthesia care team model, it's usually defined as a team led by a physician anesthesiologist supervising a CRNA. We can call it supervision, but once the patient is inside the operating room, the supervision pretty much stops and the CRNA can do pretty much they please while the physician "leader" is outside keeping the operating schedule flowing smoothly and efficiently. The anesthesia part of the job is very much diminished in the ACT model. At the end of the day, I'm exhausted from running around the OR suites without ever actually intubating or sedating a single patient.

I'm afraid this will lead to more severe problems in the future. Since the physician anesthesiologist is outside running a perioperative service, the surgeons may eventually equate the CRNA that they see in the room as the default anesthesia provider. They're the ones doing the cases and chatting up the surgeons, developing a strong professional rapport.

While we've had a long history inside our hospital and have strong standing relationships with the surgery department, this won't always be the case as younger anesthesiologists and surgeons start working here. I have nearly two decades of service in our hospital so most of the surgeons know me well. But that is not always going to be true with the younger staff. The new surgeons may only see the CRNA sitting in the room even though the anesthesiologist is theoretically the supervisor in this team model. The new anesthesiologist may never develop a strong relationship with the surgeons. When was the last time you saw a surgeon have a long extended conversation in preop or PACU. They're barely there for five minutes to talk with the patient then they're gone. All the long meaningful conversations take place in the OR, which our younger staff will less of a have a chance to participate in.

Thus the influence of CRNA's will continue to grow in the hospital. It's not because they are any more qualified or more skillful than physician anesthesiologists to give sedation. It is the insidious way that the ACT model pushes the anesthesiologist outside the OR, diminishing their role as the leader in the anesthesia team. Our highly trained abilities to resolving split second complications in the OR will go unappreciated as the surgeons only see the nurses working and appreciating their anesthetic skills, not ours.

Email ThisBlogThis!Share to TwitterShare to FacebookShare to Pinterest
Labels: Anesthesiologists depend on their surgeons, CRNA, Life in Anesthesia