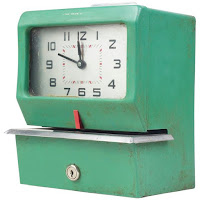 Overnight, we morphed from independent contractors to hospital employees as the hospital took over our anesthesiology department. I won't go over again all the details about why our group made the switch, but it was done out of necessity due to the pandemic and the reality of a different set of expectations among younger physicians.

This change brought on many immediate improvements. No longer was there an obligation to work late into the night if the room was running long. If you weren't on call, they almost hustled you out of the OR by 5:00 PM lest the hospital had to pay overtime. Working weekends brought extra pay. The set work hours was a revelation for those of us who had only known unpredictability and exhaustion. My wife even remarked that sometimes it felt like I was only working part time when I kept coming home before the children went to bed.

Besides having a set number of hours per day, we also finally achieved a contractually determined number of vacation and sick days. As independent contractors, we could theoretically determine our own work hours and take as many vacation days as we wanted. But if we did that, we won't make any money and it's no fun losing your house because you wanted to take a month long vacation to explore the world. Now we have paid vacation days and the mental relief of not worrying about paying our bills while taking time off.

Perhaps the most important benefit we received was health insurance. As independent contractors, we had to buy our own health insurance. This flexibility is nice if you're single with no family obligations. But most of us had to worry about family coverage and Covered California, our state's version of Obamacare, was raising its premiums every year while increasing the deductibles and copay. This took a giant chunk out of our monthly incomes. It became my second largest personal expense, after the mortgage on my house. The deductibles for a family reached over $20,000. We weren't even buying the gold plan, but the least expensive plan we could find that included our family doctors in the network. This was essentially a catastrophic health insurance plan which we avoided using as much as possible. We paid almost everything out of pocket as we never got close to using up all the deductible in one year. Now we have much better health insurance from the hospital. It also eliminated a giant hangup to recruiting new physicians as most young people expect to receive their health insurance from work.

The headaches of running a medical corporation also disappeared. No longer did we have to pay the expenses of a large back office operation. The hospital now was in charge of all the billings and collections. No longer were our incomes held hostage by how successful our collections process was. That was the hospital's responsibility to collect the money, not ours. We got paid based on our hospital contract, not how much reimbursement we could achieve.

Having the heft of a hospital behind us also did wonders for insurance company negotiations. Tales are rife of insurance companies unilaterally cancelling their contracts with anesthesia groups, or cutting previously agreed to reimbursement rates. A hospital will have more leverage negotiating with insurance companies than a little single specialty medical group could.

The advantages of becoming hospital employees became evident when California experienced its surge of coronavirus cases last winter. We again had to reduce the OR schedule as the hospital was trying to preserve as much ICU and regular hospital beds as possible. Unlike the first surge though, our incomes didn't change. The hospital continued to pay us as if we were working full time even though many of us were given paid time off for lack of cases. We anesthesiologists were no longer beholden to the surgeons and their operating schedule.

But I shouldn't make it sound like it's all been wine and roses since we became employees. There have also been deep grumblings within the department about some of the changes the hospital has made to our practice. That will be the next installment of this journey.