Fear Of The Unknown CRNA 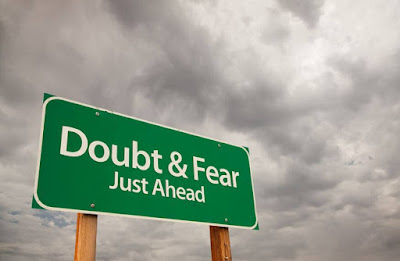 When the anesthesia leadership first announced that we were taking on CRNA's as part of the hospital's deal to rescue the group, they were met with anger and disbelief. "How could they do this to us?" "I'm not spending all day babysitting a bunch of nurses and putting out fires all over the OR's that they will create." "We are doomed and this is just the first crack in the door for the CRNA's to eventually move in and kick us out." The anguish was epic. It felt like a betrayal of the physician anesthesiologist brotherhood that we had fought for so many decades to sustain.

Once cooler heads prevailed, it was clear we were behind the times in developing the anesthesia care team model. There were few large groups of anesthesiologists who didn't use CRNA's. The economic advantages were pretty compelling if one looked at it with a cold unemotional eye. We were also desperately short staffed and it was difficult to hire enough anesthesiologists in the short and long terms to fulfill our hospital's service contract.

Mainly it was fear of the unknown that caused all this trepidation. Our hospital had never used CRNA's before. Our group has been around for three decades and many of us had never worked with them. Some of the partners who transferred from other groups relayed horror stories they encountered while working with the nurses. Ultimately, none of the excuses we came up with could defer the inevitable. Dollar signs trumped irrational fearmongering.

We have now been working alongside CRNA's for several months. So far most of them have been excellent. It helped that the first few we hired were real superstars. They each had many years of experience and could be trusted to do the right thing when left alone in the OR. They instilled a lot of confidence from the group and tamped down any murmurings about the qualifications of CRNA's.

Of course, like any group of people, there will always be a few who are not up to snuff. We haven't had anyone yet that I would call bad. However, we've had several who came to us straight out of CRNA training. They are as green as Kermit the Frog's back. Those we put on a shorter leash, more so than new anesthesia residency graduates.

Speaking of residents, since most of us had not worked with CRNA's in the past, it was a really delicate situation trying to figure out exactly how much independence to give them. We know how to supervise anesthesia residents. We know their education levels and can adjust the oversight based on which year residency they're in. For CRNA's, it was more of a gray area. Yes they are certified and have the proper credentials. But it was hard for us in the beginning not to want to sit in the room with them during the entire case to see if they really know what they're doing. We were told that was too intrusive and we can't treat them like residents. So we just had to learn to trust their judgement and let them do their jobs that they were hired to do. That took a little getting used to.

Another fear of hiring CRNA's that so far has not yet materialized is getting the nurse with an attitude. You know what I'm talking about. These are usually found in public medical facilities like county hospitals or the VA. They are the CRNA's who cop an attitude when we try discussing the anesthetic plan with them. They have an almost militant attitude where they are trying to prove that they are the equal of physician anesthesiologists and constantly trying to put physicians down. These are not team member nurses that would work well in an ACT model. Luckily we haven't hired anybody like that and we're keeping our fingers crossed on not getting one.

So far any adverse events involving our new CRNA's have been few and far between. Of course we don't have too many nurses right now and we're keeping a rather close eye on each one of them. Eventually we'll have to let them have a little more independence. When that happens, I can see how our physician anesthesiology group could become jeopardized by the presence of having CRNA's around. I'll get to that dire prediction next.