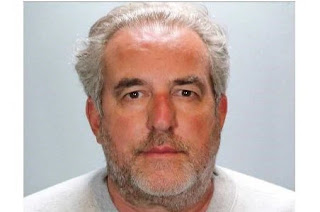 It breaks my heart every time I read and write about anesthesiologists who have gone astray. But unfortunately it is a fact of life that some people lose their moral bearings as they pursue their shallow materialistic desires through depraved and unethical actions.
Well known Beverly Hills anesthesiologist, Randy Rosen, MD, has been charged with a massive insurance fraud scheme. He and his girlfriend are accused of billing insurance companies $676 million for unnecessary procedures and receiving $52 million in payments. Their bail, originally set at $52 million, has since been reduced to $16 million.
The doctor would pay "body brokers" a few hundred dollars to bring in drug addicts to his clinic for outpatient procedures where he'd implant a device that's supposed to help ease their addiction symptoms. The procedure takes just a few minutes and he would charge insurance companies thousands of dollars. According to a text message from Rosen (I hesitate to give him the title Dr.), "The procedure takes me less than 5 minutes. So on an hourly that would be about 120k. Lol." He would also bill insurance companies for radiologic studies that never took place or send his patients to his girlfriend's laboratory for blood tests and getting kickbacks.
There are real world consequences from this couple's greed. At lease one patient died when he didn't get the proper addiction treatment he needed, instead relying on the naltrexone implant that Rosen performed. That patient's insurance was billed $59,000.
In the meantime, the couple were living it up, remodeling a mansion high in the hills of Brentwood and buying exotic cars and jewelry. If Rosen is found guilty of his charges, he faces 88 years in prison. Let's hope somebody with such a lost moral compass never practices medicine ever again.
Posted by ZMD at 6:00 AM