The Unhealthy Dependency Of Anesthesiologists 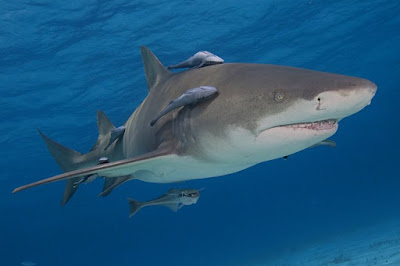 I've mentioned in the past about the anesthesia profession as being highly dependent upon the well being of their surgeons. Though the ASA would hate me for saying it, anesthesiologists have almost a parasitic relationship with the doctors on the other side of the blood brain barrier. The surgeon is the doctor who brings the patient, and the money, to the facility. The anesthesiologist is the doctor who feeds off this relationship. Sure the surgeon wouldn't be able to do his case well with a bad anesthesiologist, but there are a lot more anethesia providers around than there are surgeons with lots of well paying patients.

The Covid-19 pandemic has brought this dependency into stark relief. With hospitals everywhere overwhelmed by the number of Covid-19 patients being admitted, all elective and many nonemergent surgeries have been cancelled across the country. Unless the patient has cancer or is in imminent death without surgery, the cases are being rescheduled for a later time. The tricky part is nobody knows when a better time can be found as the end to the pandemic is nowhere in sight.

Subsequently anesthesiologists are hurting financially everywhere. The Boise Anesthesia Physician Associates just laid of 53 of their CRNA's for lack of work. The anesthesiologists themselves are not drawing a salary so their employees can work another month before they are let go. Then after that who knows? Their banker would not extend a line of credit without the doctors using their personal assets like their homes for collateral. Their hospital still needs anesthesia providers for critical care and intubating expertise but they need far fewer of those than the number who used to work in the OR.

In my facility, the operating schedule has dropped by well over fifty percent in the last week. The suddenness of this change has been breathtaking. Just two weeks ago people were planning their summer vacations and watching their stock portfolios hitting record highs. Now we're all talking about how to reuse our N95 masks and calculating how we'll ever pay for our kids' college education, much less thinking about our decimated retirement funds.

This has truly been a black swan event. Whereas the 9/11 terrorist attack and the 2008 financial meltdown also brought the stock market to its knees, there was very little change in the need for surgeries. In 2008 many of the plastic surgery offices were hurt as the high end Beverly Hills clientele lost money in real estate and had to cut back on their cosmetic surgeries. But they were a small minority of the operating schedule overall.

This time it's different. When all elective surgeries are cancelled, there really is no escape course for the anesthesiologist, or surgeon. Many of the ambulatory surgery centers in town have been closed by government mandate since they're not considered essential businesses. Nobody is allowed to go outside anyway as we're all supposed to be sheltering in place at home. The worse part is that nobody knows when all this will end. It could start improving in a month or two. Or maybe it won't get better for six months or more.

Currently we have far more anesthesiologists than necessary for the number of cases we have each day. They're talking about rotating on off days so that everybody has at least a little bit of work. It's a level of financial uncertainty that is rarely experienced by well paid physicians. The coronavirus may ultimately remake the American healthcare system as we know it.
Posted by ZMD at 6:00 AM

Email ThisBlogThis!Share to TwitterShare to FacebookShare to Pinterest
Labels: Anesthesiologists depend on their surgeons, coronavirus, Medical Economics, no money for you