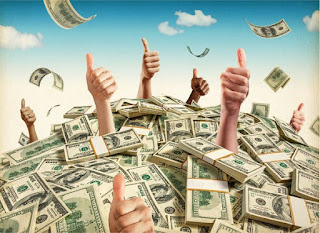 As we start a new year, and a new decade, let's look back on how the field of anesthesiology has done financially. According to a couple of recent surveys, anesthesiologists' salaries are still some of the most lucrative in medicine.

According to the latest US News & World Reports, anesthesiologists have the highest median salaries of any profession in America. If you recall, a median is where fifty percent are higher and fifty percent are lower. So anesthesiologists have a median salary of $267,020. The number is based on the US Bureau of Labor Statistics. To me that number seems a bit low, especially out here in coastal California where the cost of living is so high. I think it would be fair to say that more than half of the anesthesiologists in southern California make more than that.

A different survey conducted at Doximity looked at the job offers that were being made for specialties that are most in demand by employers. Here the numbers are quite a bit higher. Anesthesiologists are being offered jobs that pay about $405,000. However, we're not the highest paid specialty. Radiologists can receive $428,572 while cardiologists can command $453,515. But it's nice to know anesthesiology is in the top ten of the most in demand specialties.

But if we looked at the highest paid physicians overall, nobody can top neurosurgeons, who can rake in $616,823. They are followed by thoracic surgeons ($584,287) and orthopedic surgeons ($526,385). I didn't know radiation oncology can be so lucrative, with salaries of $486,089 and ranking fourth on the list.

It's good to see that anesthesiology hasn't been affected negatively yet by all the surprise billing legislation, competition from CRNA's, or the Medicare 33% rule. Our incomes are still higher than average, we're top ten in physician demand, and we have the best lifestyle in medicine. This decade is starting off on the right foot.
Posted by ZMD at 11:38 PM