The Lonely Lives Of Anesthesiologists 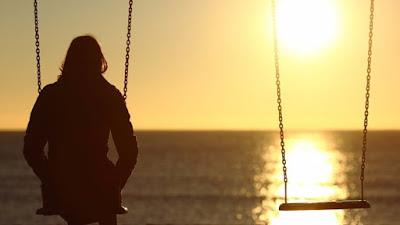 Medscape has just released its latest clickbait physician survey. This time it's the 2018 Lifestyle and Happiness report. Who wouldn't want to click on a link with that title? While we'd like to think that doctors are all living lives filled with milk and honey, doctors do in fact possess varying degrees of contentment.

Who are these happy doctors? The top four are in Allergy and Immunology, Dermatology, Emergency Medicine, and Ophthalmology. Notice these are the fields where doctors may have more free time away from the hospital than most. About sixty percent of these doctors claim to be very happy.

The most unhappy doctors work in Cardiology, Public Health, Oncology, and Infectious Disease. Here, less than half are happy outside of work. The nature of their work, dealing with sick cancer and heart patients, probably contribute to their ennui. Anesthesiologists wind up in the middle of the pack, with 50% stating they are happy outside work. This is about the same as previous surveys.

Maybe that explains why anesthesiologists have so few friends. When asked how many close friends they have, the doctors mostly answered between 1 to 3 friends or 4 to 6 friends. But when broken down by physicians with three or fewer close friends, anesthesiologists ranked near the top. The top four most lonely doctors are Pathology, Critical Care, Radiology, and Anesthesiology. This tends to feed into the perception that pathologists, radiologists, and anesthesiologists are more socially awkward than their more outgoing colleagues like the surgeons.

Perhaps we need to shed some of our fuddy duddy image and live it up a little. While we like to be perceived as the doctors who most care about patient safety, maybe we should also be the doctors who care about where the next kegger is going to take place. With the best paying job in America, we should try to be the life of the party for once.
Posted by ZMD at 6:00 AM