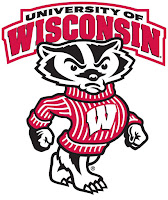 Think physicians are all well educated and unlikely to conduct obviously inappropriate behavior in the operating room? Not a chance. This blog has documented several cases of anesthesiologists behaving badly in the OR, including here and here. I'm not even going to talk about the deranged anesthesiologist who attacked Senator Rand Paul a few weeks ago. In this atmosphere of heightened awareness of sexual harassment and unacceptable conduct, every person should know by now that witnesses are more willing than ever to report any actions that they deem improper.

However this didn't stop a University of Wisconsin anesthesiologist from being forced to resign for his conduct. Dr. Mark Schroeder, a senior anesthesiologist at UW, was reported by the staff for frequently positioning himself where he isn't supposed to be. A staff member since 1984, it was reported by nurses and other staff that he "likes to be at the 'bottom of the bed' and 'see parts of a patient that he does not need to see.'"

Dr. Schroeder was reprimanded by the hospital for "inappropriate interactions with employees and patients." When his case was brought to the Wisconsin Medical Examining Board, he offered to turn in his medical license and retire.

What an ignominious ending to a long career. The Wisconsin State Journal doesn't mention whether he stood at the foot of the bed only for female patients or male or both. But regardless, anybody who has ever worked in the operating room knows that anesthesiologists rarely make a trip below the shoulder. Other than for putting in arterial lines or a regional block, we rarely venture past the waistline of patients. So if this doctor was regularly wandering his way down there while all the patient's monitors are up at the head of the bed, people know immediately this is not normal behavior. In light of all the sexual accusations that populate headlines daily, any suspicious activity can be construed as deviant. So keep that ether screen up and stay on your side of the blood-brain barrier if you want to maintain your good reputation with the staff.
Posted by ZMD at 10:41 AM