The Mystery Of Anesthesia 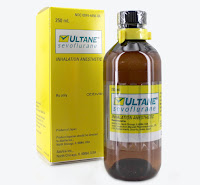 Modern medicine has allowed the humane treatment of patients for over a century now. Yet we still know very little about how it works inside the body. Just recently there was a new proposal on the mechanisms for propofol's remarkable ability to induce sleep. Now there is a new theory on how the volatile anesthetics work to induce anesthesia.

Anesthesiology News details a new study on the mysterious mechanism of gas anesthesia in the body. Though volatile anesthetics have been in use for over 150 years, we know very little about how it actually works. The current theory is that the molecules of gas become absorbed by the bilipid cell membrane of neurons which alters its ability to propagate electrical signals, thus inducing sleep. Now this new paper puts a question mark to that long standing premise.

Published in the Proceedings of the National Academy of Sciences, Dr. Karl Herold, chair of anesthesiology at New York Presbyterian/Weill Cornell Medicine, discovered that it may actually be cell membrane proteins such as ion channels altered by anesthesia that inhibit cell function instead of changes in the bilipid cell membrane. The researchers developed an artificial cell membrane with ion channels in place. Any change in the membrane would alter the flow of ions through the channels. When they immersed the model with therapeutic levels of volatile anesthetics, they discovered that there was not enough reshaping of the bilipid layer to cause inhibition of cell depolarization and signal propagation. Only at super therapeutic levels of anesthesia did they find a change in the cell membrane. Thus they theorize that it is unlikely that cell membrane changes are the source of anesthesia's effects on the human brain.

Though this study did not pinpoint an exact location for the mechanism of action of anesthetics, it at least disproved an old theory, which will allow researchers to move forward to find the real reason why we anesthesiologists can put patients to sleep, and perhaps someday develop even better anesthetics.
Posted by ZMD at 4:34 PM