Should Doctors Switch To A C Corporation? 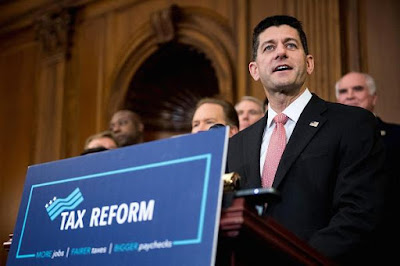 The great tax reform bill has now passed Congress and is on its way to the White House for President Trump's signature. While it lowers taxes for nearly everybody, it left a lump of coal for so called pass through businesses who use an S corporation tax structure. Specifically it doesn't allow professionals like doctors, lawyers, and accountants to benefit from the lower corporate tax rates given to other businesses. This was a deliberate act by Congress since their feeling was that we're not really aiding the economy like a widget manufacturer does. Screw you Congressional Republicans.

However, the bill lowers the tax rate of C corporations down to 21%, same as other businesses that got the lower corporate tax rate. Since many physicians have structured themselves as S corporations, should they now switch to a C corp instead to capture the lower rate?

I find the nuances between an S corp and a C corp very confusing. I am no tax expert at all. I've never even tried to do my own taxes on TurboTax. Therefore I went to Google CPA and looked up several articles on this issue. I found the most helpful article in Accounting Today. The desktop website requires a free registration to read but surprisingly the mobile site is open. This is what I've learned.

An S corp pays its taxes on the owner's individual tax rate, which in high income professions is currently 39.6%. A C corp pays taxes using the corporate tax rate, which is 35%. When it pays dividends to its shareholders, the shareholder has to pay taxes on that, which is 20% plus Medicare taxes, another 3.8%. Now that we have the basics down, let's compare the tax implications for both structures.

So if you were a C corp before, the new tax laws will give you a tremendous boost in your net income, over $100,000 per year in this hypothetical situation. However if you're currently an S corporation, the decrease in the top individual tax bracket helps offset the decreased corporate tax rate the C corp enjoys. The S corp still winds up with a higher net income.

One also has to consider any potential new changes in the tax laws in the future. As it stands now, these individual tax rates are set to expire in ten years, reverting back to the old brackets. Who knows what a future Congress will do to the corporate tax rates too even though it's written to be permanent. Congressional Democrats are already threatening to changes the tax laws again next year if they win Congressional majorities. You don't want to be writing new corporate books every year at the whim of Congress.

Now this is just the most basic calculation I gleaned from the internet. I'm sure there are hundreds of tax minutia that I haven't taken into account. That's why it's still important to consult your accountant or tax attorney before making any leap in your business structure. Good luck.
Posted by ZMD at 12:12 PM

Email ThisBlogThis!Share to TwitterShare to FacebookShare to Pinterest
Labels: Money, Newsroom, no money for you