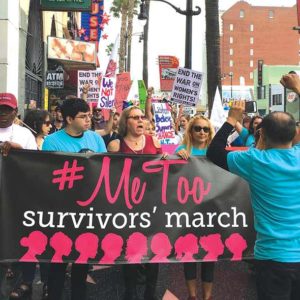 The proliferation of sexual assault and harassment stories that are pouring out of the news media is head spinning. Seems like half the front page of the New York Times is devoted to another sordid story about women being dehumanized by a male superior.

Though these headlines are just now making news because famous and powerful people are being named, unfortunately sexual assault is old news in the medical field. While doctors who are accused of sexual improprieties may not make national news, they are chronicled in the disciplinary actions of their state medical boards, which is public information.

The Medical Board of California publishes a quarterly newsletter of actions they've taken against physicians who have made questionable life choices or had severe run ins with the law. Here you'll find tales of drug abuse, fast money schemes, drunk driving, spousal abuse, and every other vice suffered by the rest of humanity.

Recently a plastic surgeon by the name of Gordon Roget, MD in Lodi, CA was brought to the Board's attention for sexual assault in 2015. This was a particularly sordid story of a vulnerable patient being helplessly assaulted by her doctor. Dr. Roget had a young woman who came to him for a labiaplasty. He kept asking her if she would like the procedure done under sedation. The patient said she wanted to be awake for it. Finally he relented and agreed to use local anesthetic only.

Without any female chaperones present, he placed her in stirrups and began the procedure. After he gave her the anesthetic, he put his fingers into her vagina with his face inches from her perineum. When she asked him if his fingers are supposed to be there, he asked, "You didn't like it?" He then stormed angrily out of the room and the patient heard noises like he was masturbating. She felt trapped in the room with an open wound and feet placed in a vulnerable position in the stirrups. When he came back, he hastily finished the procedure and told her to come back for a second procedure the following week. When she asked him to finish it all in one visit, he called her an "ungrateful bitch." She then got dressed and went to a local emergency room to have her wound properly treated. Dr. Roget lost his medical license in June 2017.

It is pathetic that doctors feel they can abuse their patients' trust just because they are in a supposed position of power. Who knows how many other female patients this plastic surgeon has abused. His words and actions suggest a pattern of behavior that has been well rehearsed. Let us clean up our own acts before the #MeToo movement focuses its unforgiving gaze on the house of medicine.
Posted by ZMD at 8:44 PM