Is Anesthesiology Better Served By Having More Women? 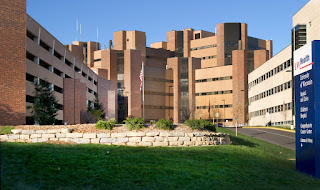 The University of Wisconsin, Madison's Department of Anesthesiology has one of the most storied programs in American medical history. They were pioneers in the field during its infancy and invented practices that were eventually adopted by anesthesiologists all over the country and the world. Yet it is being brought low by accusations of bias against women.

The Wisconsin State Journal details the problems in the department that were brought up during a "climate review" after Dr. Robert Pearce, the former department chair, resigned last July. The report noted multiple grievances among the female staff. They described the atmosphere within the department as a "good-old boy network."

The male staff significantly outnumber the women who mostly work part time. The women felt belittled when the men told them they are less committed to their profession because they take more time off to take care of family. Many of the female anesthesiologists who work at the American Family Children's Hospital felt insulted when their workplace was described as "the crying hospital" or "candyland." Female residents were told not to "rock the boat." CRNA's felt they were not valued in the department.

Oy! These are a lot of complaints that really don't seem justified in this male blogger's point of view. First of all, so what if the men outnumber the women by two to one? Must every single job have an equal distribution of the sexes to make it free from discrimination and bias? The truth is one can be harassed whether one is in the majority or minority in a group. Plenty of men have felt they were treated unfairly in their jobs by their male colleagues or superiors.

Let's face the facts here about women who work part time yet expect the same respect at work as men. Yes it's admirable that they want to go home and take care of our children so that we can continue to work hard for the family. But don't expect to get equal pay or get invited to departmental committees if one has to leave by 3:00 PM every day to pick up the kids. It wouldn't be fair to the men who toil away 12 hours a day at their jobs. No disrespect but you can't expect to get the same appreciation from your colleagues if you're only working half the time as others. In fact many of the female anesthesiologists in our department want to work part time. Some even leave our group to work at other hospitals that allow even greater time flexibility. That is no stigma against their dedication to their jobs when they are at work.

The other complaints just seem silly. Calling a children's hospital a crying hospital or candyland doesn't sound insulting, it sounds appropriately descriptive. Describing it as such doesn't demean the people who work there. Stop being so sensitive. Female residents shouldn't rock the boat? Why would you want to? As a resident all I wanted to do was finish my training and get the hell out so I can start my practice. Why would I want to make my life more difficult than it already was as a resident? CRNA's who don't feel valued by the doctors in the department? If they want to feel valued then they need to go get a medical degree.

The department is rectifying the situation by appointing a new female interim chair, Dr. Aimee Becker. While I'm sure Dr. Becker is a fantastic anesthesiologist, I can't help but feel that this was a very political choice to deflect the uproar over the report. When can we get past the sexual politics and just hire the best people for the job without counting how many X chromosomes are in one's DNA?
Posted by ZMD at 6:00 AM