Republicans Give Doctors The Middle Finger 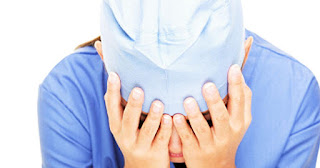 So all you doctors who voted for Republicans in the last election thought you were going to get a big ole tax break thanks to the GOP's control of all branches of the federal government. Candidate Trump and all the Republican Congressmen claimed they were going to enact massive tax reform to give the middle class YUGE tax relief if they got elected. Well guess, what, they won and we doctors lost.

The Republicans in the House of Representatives released their tax reform bill last week and it sure likes they are giving doctors and other professionals the middle finger. It has to do with pass through corporations that many professionals like doctors, lawyers, and architects use. It's a legal way of lowering taxes by separating out the business taxes from the personal taxes. Its more famous users include former Senator John Edwards and former Congressmen Newt Gingrich. By declaring an extremely lower personal income relative to their total income from their businesses, they were able to save thousands of dollars from their payroll taxes.

The Republicans have decided that businesses who use pass through corporations should get a lower tax rate just like the large corporations that will receive a substantial tax cut. In this case, the pass through tax rate will be lowered to 25% from the owner's personal rate, which is usually in the upper brackets of the tax system.

However this new lower rate does not apply to a few select professions. Why? According to Rep. Chris Collins of New York, a Republican, "If you earn your income as a doctor, a lawyer, an architect, you're not getting anything. But you're not supposed to get anything--that's how you earn your income. It was intended to lower the rate for manufacturing companies making widgets and employing other people."

And you wonder why doctors are always getting screwed by the federal government? This Congressman said physicians are essentially just leeches on the government and the country. We only take money and don't contribute anything to society. Never mind that doctors have a huge influence on how trillions of dollars are spent in healthcare. All those millions of people who work in this industry, from the office clerk, to nursing staff, to hospital administrators, medical device manufacturers, and insurance companies, are dependent on doctors. If physicians decide not to use their services, they would be facing the unemployment line tomorrow.

But no, Congress thinks doctors don't deserve a tax break because we don't make any widgets. This is one more nail in the coffin of doctors in private practice. More doctors will start realizing that being an employee of a large medical corporation is the future of medicine. Taking less income is surely more appealing than wrestling with the indignities heaped upon us by our own government every day.
Posted by ZMD at 6:00 AM