Maybe He Can Be A CRNA 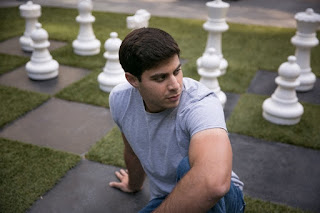 The Wall Street Journal has a great article about how quickly one can learn to do things if you're totally dedicated to a single task. Max Deutsch, a 24 year old college grad from San Francisco decided he would set up a series of goals for himself for one year. He would dedicate one month to complete each of them before moving on to the next one. The idea was to make each job so outlandish that he would most likely fail. Surprisingly he has been successful at each item he has tackled. He has taught himself fluent Hebrew, standing backflips, and memorizing a shuffled deck of cards, all in one month each. His college roommate said Max is the fastest learner he has ever met.

His greatest challenge was to defeat a chess app simulation of chess grandmaster Magnus Carlsen. To his surprise, a WSJ reporter relayed this story to Mr. Carlsen who agreed to play Max in person. You'll have to read the rest of the article to see how he prepared himself for this incredible meeting and the surprising result. Heck, if this guy studied anesthesiology for one month, he could probably qualify to be a CRNA.