Anesthesiologist Attacks Senator And It Has Nothing To Do With Obamacare 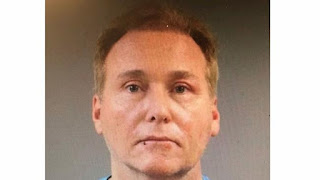 Here is the poster boy for the Anti-Trump Derangement Syndrome. Senator Rand Paul of Kentucky was severely injured over the weekend by his next door neighbor. Apparently the good senator was just minding his own business and mowing his yard when he was unexpectedly tackled by physician Dr. Rene Albert Boucher. Sen. Paul suffered five broken ribs (!) and cuts to his face.

As it turns out, Dr. Boucher is a retired anesthesiologist who is affiliated with The Medical Center at Bowling Green. He is a pain medicine specialist and graduated from the Des Moines University College of Osteopathic Medicine. He has been practicing medicine since 1982. His claim to fame is that he invented something called the Therm-a-Vest, a rice filled vest that is heated up in the microwave than worn around the thorax to relieve back pain. It was marketed on QVC but never took off. The doctor retired in 2015. The ASA will be happy to hear that he doesn't appear to be a member of the society.

The deranged physician is a registered Democrat and his Facebook pages are filled with anti Trump and liberal rantings. If he was smart, he would have realized Sen. Paul, an ophthalmologist, is one of the senators that's inhibiting the more conservative members from carrying out the Trump agenda. But there is no reasoning with stupid.
Posted by ZMD at 10:20 AM