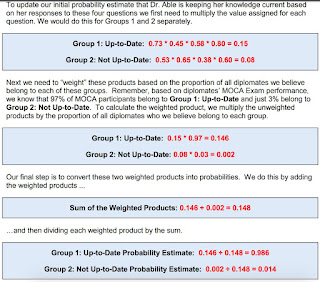 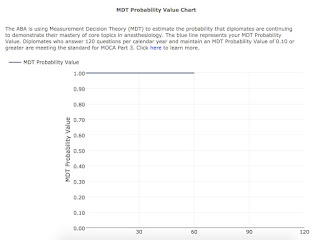 Basically our professional careers and livelihoods are now governed by game theory. Whether this is an improvement over the previous one-exam-to-rule-them-all has yet to be determined. In the meantime, download the app and do your quarterly mini tests in the comfort of the operating room during one of those interminable multi hour cases. You'll be finished with your ABA obligations sooner than it takes for the surgical intern to close that skin incision.
Posted by ZMD at 11:06 AM