Rude Canadians. Who Would Have Thought? 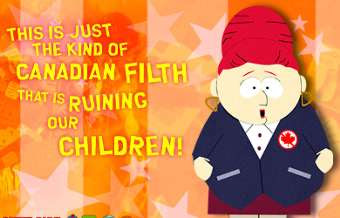 Our Canadian friends up north have a well deserved reputation for being friendly, intelligent neighbors. It's hard to imagine they could be rude to anybody. However a very ugly and public dispute has erupted within their ranks, surprisingly between their own physicians.

The Ontario Medical Association recently concluded contract negotiation with the provincial government for physician pay. This is what happens in a single payer system where all the doctors are essentially employees of the government. The contract called for annual pay raises of 2.5% for four years. Apparently this was considered not worthy for consideration by a majority of the membership. Then the sh** started hitting the fan.

One anesthesiologist emailed the OMA president Virginia Walley, MD, "You are a c***. Crash and burn as you deserve to do!! This will be a no vote and the end of the OMA. Sincerely, F*** YOU and the OMA!!!" OMG!!!! This is coming from an ANESTHESIOLOGIST, one of the most respected and intelligent of all physicians.

Other members of the OMA leadership who were involved in the contract negotiations or who publicly supported the contract have also come under withering criticism. They've been accused of having a mental illness, told off in a foreign language, and even been threatened with physical harm.

What's going on here? Why is there so much animosity with our northern colleagues? Clearly, being an employee of the government is not all it's cracked up to be. Is the stress of being in a single payer healthcare system finally catching up to the doctors? They really have nothing to complain about when American physicians have been facing shrinking reimbursements for years. But when one gets used to the utopia that is universal healthcare, any little disruption can cause one to lose their bearings.

Oh, and to the anesthesiologist who wrote that horrible email to the president of the Ontario Medical Association. You've lowered yourself to the level of our genital grabbing president. If you are unhappy with your government pay consider moving to the States. You'll fit right in.
Posted by ZMD at 6:00 AM