Free Healthcare But Not Free Water 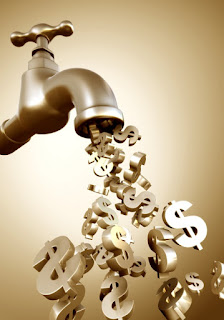 The poor people of Detroit are getting their water turned off. This week, Detroit's Water and Sewage Department will begin shutting off water to 20,000 residents who have been delinquent on their water bills. Even though the average bill is only $75, thousands of people are months behind in their payments.

What I find ironic is that the government is allowed to turn off water to its citizens when they haven't paid for it. Water! Isn't that one of the most essential necessities of any living creature? Yet people who don't pay for it can have it removed by their own representative government. Meanwhile hospitals and doctors are forced to treat patients regardless of their ability to pay thanks to EMTALA. While hospitals around the country are declaring bankruptcy because of all their unreimbursed free healthcare, the government is free to turn off a service that is even more important than access to a doctor--the free flow of water.

How much would the healthcare industry improve if we had the same flexibility as our elected leaders? We would no longer have to watch patients Snapchatting on their smartphones in the waiting room while declaring themselves too destitute to pay for an emergency room visit. Improved financial results can lift healthcare for everybody. But by mandating that anybody should receive treatment regardless of ability to pay, then obviously only losers will pay for it.

The government should just declare that free access to water is an essential universal right and give it away for free. Then they will finally understand the economic strains that bedevil healthcare providers. But it's easier to force the pain onto somebody else than onto themselves.
Posted by ZMD at 11:40 AM