To Pee Or Not To Pee, That Is The Anesthesiologist's Question

How many times per day is it normal for somebody to urinate? Don't tell me that you've never thought about it. CNN reached out to Neil Grafstein, M.D., assistant professor of urology at Mount Sinai Hospital in New York for the answer. According to Dr. Grafstein, a person usually pees about four to seven times per day. (There are also some nice pictures of exotic loos around the world, including one at an 18,000 foot elevation in Nepal in the article.) But of course there are large individual variations.

We anesthesiologists have learned to hold in our bladders for extended periods of time. Some days, either because I'm doing a very long case or the schedule is so tightly packed I have no chance to run to the bathroom between cases, I may only go to the bathroom once or twice during a twelve hour day. Days like that pose a dilemma. Should I drink fluids to keep myself hydrated or refrain from drinking so I don't distend my bladder?

That is not as superficial as it sounds. I know many of my partners who developed kidney stones because throughout their careers they didn't drink enough fluids. Almost to a man, they all say it is the worst pain they've ever experienced in their lives. I certainly don't want to have to suffer through that kind of agony for the sake of my job. But bouncing around in the OR with my legs crossed because my bladder feels like it's about to burst isn't very pleasant either. In case you're wondering, this is what happens when you do your own cases and not supervising CRNA's. Full control of a case includes controlling your own urinary urges.

So on days where I know my opportunities for toilet relief will be limited, I try to minimize the liquids I consume. It's not that hard anyways since hospitals are getting stricter all the time about consuming foods in the operating rooms. Then at the end of the day, after I've relieved my minimal dark brown urine into the toilet, I grab an extra large Trenta sized Starbucks drink to rehydrate and encourage urination. Kidney function saved for one more day. 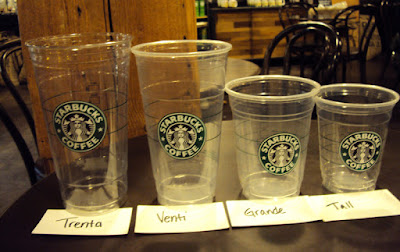