The NFL Schedule Only Looks Easy 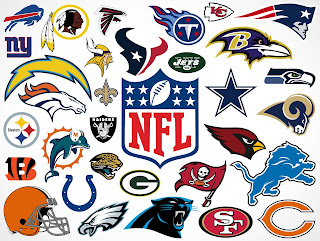 Fascinating reading from the LA Times. This is a subject I never really even thought about and always took for granted. What does it take to draw up the National Football League's game schedule each year? It has to accommodate 32 teams, 256 games, 17 weeks, multiple times zones, five different broadcast networks, and 26,000 rules such as stadium availability.

The answer? Two hundred fifty-five computers spread out around the world running 24/7 for months each year. This year all those computers came up with 43,399 different combinations of game schedules. The NFL eventually settled on #43,066 for the upcoming season. Goes to show that, just like anesthesia, making something look easy really demands a lot of behind-the-scenes hard work.
Posted by ZMD at 10:41 PM