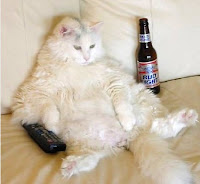 The California Supreme Court rules that workers have the right to demand a chair to sit on while on the job.

Sitting increases the risk of dying early. According to the World Health Organization, sedentary lifestyles are the fourth leading cause of mortality globally, causing 3.2 million deaths per year. Sitting can substantially increase the risk of developing obesity and Type 2 diabetes. But what if somebody is only standing in one spot for a prolonged period of time. Is that also considered sedentary? On the contrary, standing, even if not actively moving around, shows a decline in mortality rates.

So thank you California Supreme Court for causing more California workers to potentially develop chronic illnesses leading to higher death rates. Just goes to show what happens when you let a bunch of lawyers determine healthcare rules.
Posted by ZMD at 12:18 AM