Anesthesiologists Not Working As Hard As They Think They Are 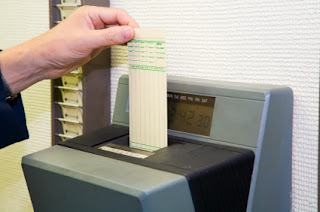 I thought I was working hard. Between coming to the hospital in the predawn hours to get cases started to going home well past dusk as the LA traffic is already thinning, I barely have time to grab a few bites for lunch and take a pee break. I'm not even counting my call days where this treadmill runs 24 hours straight. But apparently I'm not actually working that much.

According to a new study presented at the 2016 ASA Practice Management Meeting, anesthesiologists like to gripe and moan about how hard they're working. However when their work hours are objectively measured, they are actually not as productive as they thought. At the University of Pittsburgh Physicians anesthesia group, 39 anesthesiologists self rated the number of hours they thought they worked. This was then compared to their billing data and a 10 hour work shift 5 days per week over two calendar quarters.

The discrepancy between reality and perception was embarrassingly large. The anesthesiologists perceived that they worked an average of 12.9 hours per shift. In fact, they averaged only 7.5 hours. This worked out to a difference of over 5,000 hours, enough to cover five full time anesthesiologists. Some of the reasons for this may be due to memory bias or something called the Von Restorff effect. That's when people remember the longest or worst shift experience and extrapolates that to all shifts. Based on the results of this study, the author says his group has already made changes to how their organization manages their doctors.

I'd sure hate to be an anesthesiologist working in that group. It sounds like they are going to whip those anesthesiologists at the University of Pittsburgh even harder to get the productivity numbers the bean counters want. In my opinion, anesthesiologists have very little control of the number of hours they work. Unless they are employed by the medical facility, they are at the mercy of the OR schedule which is outside their control. I've had days where I've had to sit for three hours between cases, not being able to bill one dime, because no surgeons wanted to book a case between 9:00 AM and 12:00 PM. Should that lack of productivity be held against me? I've also had times where I've busted my ass off for hours taking care of highly intense cases like a multiple gunshot wound or ruptured AAA and I didn't want to pick up another case after that and elected to go home. Does that make me a slacker and undesirable physician?

The ASA should know better than to publicize a study like this. As an advocate for anesthesiologists, they should be more sympathetic to the plight of their members instead of airing reports that is fodder for all the hospital administrators and insurance payors.
Posted by ZMD at 6:00 AM