What This Seasoned Stock Watcher Thinks About Talking Head Analysts 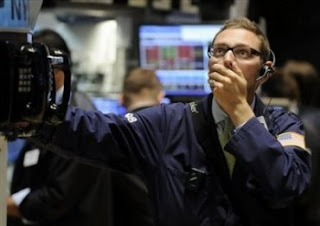 As the stock market continues its extreme volatility lately, I am seeing a whole bevy of research analysts, hedge fund managers, and general know-it-alls come out on TV and print explaining the causes for the current massacre (which none of them had the foresight to say "sell" a few weeks ago) and prognosticating on what the future will portend. My problem with all these talking heads is that, my god, they all look so young. Seriously some of these guys look like they've just graduated from college. What can these young 'uns teach me about investing that I haven't already learned through the school of hard knocks?

When stocks last crashed in 2008, these guys and gals had barely finished grad school. Their MBA's were probably still inside their unopened moving boxes in their first rent controlled apartment in downtown Manhattan. During the dot com implosion of the early 2000's, these future analysts were still attending toga parties (or whatever college fraternities do these days) and giving themselves serious liver damage and STD's every weekend. As the market swooned in 1994 during the previous Great Recession, these overcompensated chart watchers were probably just trying to fathom the opposite sex. Of course, during the great market crash of 1987, these kids were still clinging to their mothers' legs as they got dropped off at kindergarten.

So what do these people have to teach ME about how the markets work? What can they say that I haven't already seen multiple times in my long grizzled life? Why are they getting paid multiples of my salary espousing cliches about buying and holding for the long term when their very existence isn't even considered long term in my portfolio? How can they be making so much money when they are so frequently wrong?

Maybe I'm turning into the cranky old coot we used to make fun of as we rode our bicycles over his well manicured lawn.
Posted by ZMD at 12:54 PM

Email ThisBlogThis!Share to TwitterShare to FacebookShare to Pinterest
Labels: Economy