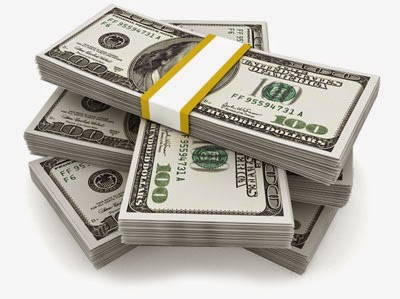 It's that time of year again. Medscape has released its annual physician compensation report for 2015. Full disclosure, I participated in the survey but again I didn't win the prize for filling out the poll. Darn you Medscape. This year there were nearly 20,000 doctors who joined the survey and about 1,200 of them were anesthesiologists. As a comparison, there are nearly 65,000 practicing anesthesiologists in the country so take this small sample size with a grain of salt.

So how much money did anesthesiologists make last year? Drum roll please. Aaaand the answer is--we are doing pretty darn good. Medscape found that the average anesthesiologist made $358,000. That is up 6% from the previous poll. We came in fourth place amongst all physicians, trailing only the orthopods, cardiologists, and gastroenterologists.  This is better than last year when we came in sixth place, following urologists and radiologists too.

If you're looking for the most income, being self employed is where it's at. Male private practice anesthesiologists made $420,000 and females made $362,000. If employed by a hospital, the income drops to $328,000 for men, $289,000 for women. That is a significant difference in anybody's book. Why is there such a large difference between men and women? Is there gross sex discrimination in the anesthesia workplace? Part of the answer maybe that twenty percent of the female anesthesiologists said they work part time while only eight percent of the men did. Pay commensurate with hours put in, the great American way.

The location of the job also figures into the compensation. A single specialty group practice anesthesiologist made the most money, averaging $429,000. Meanwhile if one worked in an outpatient clinic, the income falls to $316,000. The least compensated anesthesiologist works in an academic institution, pulling in an income of only $247,000. It also helps to work in the South Central states like Texas and Oklahoma. The chintziest states are located in the Northwest and Northeast.

With our rising incomes this year, are anesthesiologists happy with their profession? Survey says 53% of us are satisfied with our jobs, about middle of the pack of all physicians. Forty nine percent of anesthesiologists said they would do the same thing all over again. The most satisfied physicians not surprisingly are dermatologists, where 73% said they would choose the same field. This is a number that is far and away much higher than any other specialty. The least happy doctors are, unsurprisingly, internists. Only one quarter of them would choose to do the same thing over again. Sad that so many doctors out there are not doing a job they love.

In summary, anesthesiologists who filled out Medscape's survey made more money this time than the last one. We're still satisfied with our jobs. And we're very glad we didn't go into Internal Medicine. Hopefully this will provide additional incentive for all the medical students who just matched into an anesthesiology program.
Posted by ZMD at 7:54 AM