NIMBY And The Measles Epidemic 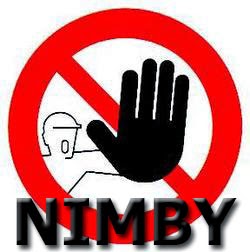 Huntington Beach High School in Orange County is doing the right thing. A student with measles was on the campus last week. Consequently the school has told all students who have not been given the measles vaccine to stay home until the end of the month. That is when presumably measles will present itself by then in these unprotected kids. Bravo.

Finally we are seeing some sanity in dealing with these parents who withhold essential vaccines from their children. What started out with an infected international traveler visiting Disneyland last month has now spread to four states and Mexico. This is the worst outbreak of measles in the United States since it was thought to have been eradicated in this country back in the year 2000. Most of these measles victims were not vaccinated by their selfish guardians.

Why selfish? Because not only are they irrationally paranoid about the link between vaccines and a host of other problems like mercury poisoning and autism, all of which have been debunked, they are counting on other people to vaccinate their kids so that they don't have to do the same for their own. The ugly mentality of Not In My Backyard is one of the main excuses these parents fall back on to justify their actions. You know how environmentalists love solar power and windmills to generate renewable energy until it is located near their own homes? The vaccine deniers think vaccines are great, but for other people's children. They are counting on the kindness of strangers to continue herd immunity and prevent the spread of any outbreak of communicable diseases.

Unfortunately so many parents in California, particularly in the affluent and so called educated neighborhoods, that this herd immunity has broken down. We've now seen measles and whooping cough epidemics where there should never have been one in the first place if all the children were properly immunized. Instead of pampering these parents, the state education board must enforce its own rules for childhood vaccinations. There should be no leeway with religious or personal exemptions to vaccinating school age children. If parents feel that strongly about not giving their kids the proper, and medically tested, vaccines, then they can just home school their own children. This madness has to stop before one child becomes permanently disabled, or even dies, from a totally preventable disease because of the ignorance of his parents.
Posted by ZMD at 8:09 AM

Email ThisBlogThis!Share to TwitterShare to FacebookShare to Pinterest
Labels: vaccines