When The Surgeon Asks For Cash...And Puts It In His Pockets 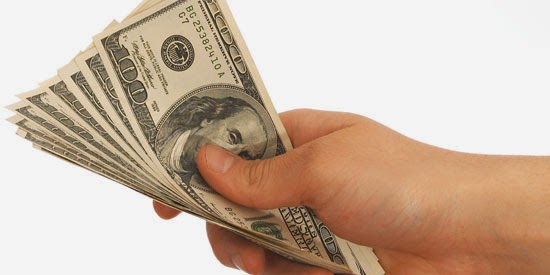 Here is some pretty contemptible news out of Torrance, CA. A young woman is suing her surgeon because he said her operation at a local hospital was not covered by insurance but if he paid her in cash he would do it at a surgery center that he co-owns. Sounds pretty shady, right?

Liza Lumanlan-Domingo had a fetal demise and needed to have the fetus removed. She is a nurse at Torrance Memorial Medical Center and asked for one of the staff surgeons, Dr. Steven Rosenberg, to do the procedure. Incredibly, Dr. Rosenberg told her that her insurance would not cover her surgery at her own hospital but he could do it at Pacific Coast Surgical Center, a facility in which he is part owner. Liza and her husband met Dr. Rosenberg at the surgery center at 7:00 AM on a Sunday and gave him $800 in cash which he puts into his pocket with no receipt returned.

She had her surgery the next day but started to bleed profusely. The surgeon asked her husband to run to the hospital pharmacy to buy $160 worth of medications that the outpatient facility did not carry. Eventually she needed to be transported by ambulance to Torrance Memorial for treatment where she stayed in the ICU for three days. Only later were they informed that her insurance would have covered her procedure at the hospital.

We hear these kinds of self-serving stories all the time. As more surgeons start building their own outpatient surgery centers, they siphon off the best patients from the very hospitals that they work in. Patients who have good health insurance or can afford cash are quickly whisked off to a posh aromatherapy infused ambulatory center while the Medicare/Medicaid/Uninsured patients are herded to the local hospital. Hospitals start losing money because of poor reimbursements while their staff physicians drive into the doctors parking lots in their Mercedes and Bentleys.

Should the couple have called the insurance company to question the denial of payments for treatment at the hospital that she works at? Perhaps. But maybe they were so emotionally distraught and they felt they had a surgeon whom they thought they could trust that they didn't want to go through the red tape of dealing with the insurance company. They just wanted to expedite the surgery for a quick closure.

One day, when all doctors in this country become government employees, these terrible stories of how avarice infected one of the most respected professions will serve as cautionary tales. We'll look back and wonder how we let the critical need for healthcare become a profit center that made a very few people very, very rich.
Posted by ZMD at 11:43 PM