The Most Meaningful Job In Medicine Is...Not Anesthesiology

While it's important to have a job that makes the world a better place like Clergy, maybe some of us prefer to have a high income AND a meaningful job--have our cake and eat it too. For that, you need to get your butt into medical school. Healthcare workers report the highest income and the highest meaningful numbers according to Payscale. On their chart, all the little yellow circles that are far to the right on the meaningful scale and trail up towards the top of the income scale are all healthcare providers. They include OB/GYN, Internal Medicine, Psychiatry, and Family Practice. 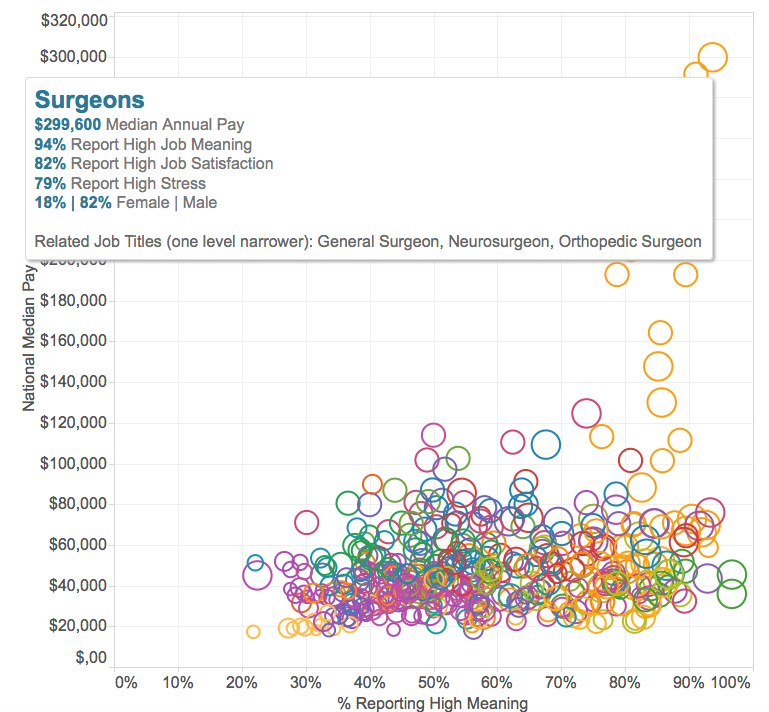 And ranked at the very top for medical workers are surgeons. Surgeons reported having the highest median income of all doctors. They arrive at a median income of $299,600 by including the salaries of high paying surgical fields like neurosurgery and orthopedics. About 94% of surgeons say their jobs are meaningful and 82% have a high job satisfaction. However, 79% say their jobs also come with high stress levels. 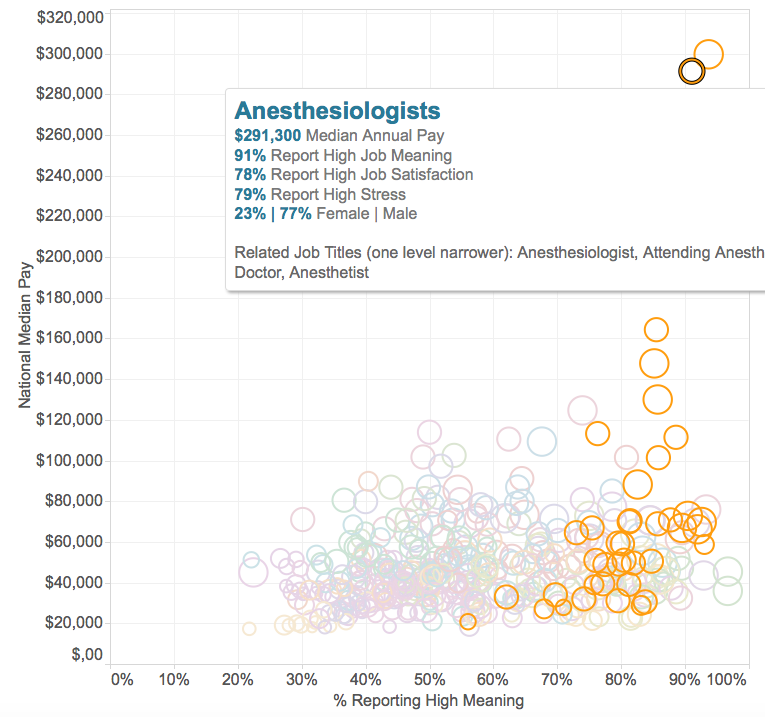