The Ebola Hysteria. Where Is The Next Ryan White?

The New York Times reports that the medical staff at Bellevue hospital who are treating Dr. Craig Spencer, the physician who contracted the Ebola virus while working in Africa for Doctors Without Borders, have been shunned and discriminated against throughout the city, even within their own hospital. Businesses have asked them to leave when they find out they are employees of Bellevue. Some nurses who moonlight at other facilities have been told their services would no longer be needed.

Unfortunately, this panic among the general population, and even within the medical community, has been promulgated by the clumsy handling of the issue by the government and specifically the Centers for Disease Control. On their very own website, the CDC states the Ebola virus can only be spread by direct contact. It is transmitted through body fluids or a needle puncture with a contaminated needle. It is NOT spread through the air, by water, or with handling of food. Yet this important information has not been aggressively emphasized as the government has pursued people all over the country who may have flown on a plane that on a previous flight had carried an Ebola positive patient with a very low grade fever. Their mandatory 21 day quarantine also reenforces in people's minds that Ebola is so easily transmittable and so deadly that even people who have tested negative for the virus need to be isolated even though they show no evidence of being infected.

If all of this sounds familiar, then you are right. Back in the early 1980's, America was caught up in another viral disease panic. Its name was HIV. Like Ebola, HIV is not spread through the air or drinking out of the same water fountain. It is now well known that HIV is only transmitted by body fluids or contaminated needles. But at that time, the government's mishandling of the situation led to massive discrimination against HIV patients. 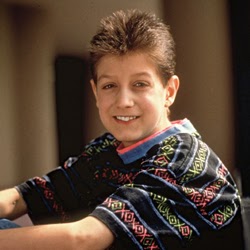 HIV remained in the public conscious as a disease of the damned: the homosexuals, IV drug abusers, and the prostitutes. It was not until a young Ryan White from Indiana came along that put a personal face on the disease. Ryan was a boy with hemophilia. He caught the virus through a blood transfusion at a time when blood wasn't tested for HIV. He faced horrible and ignorant intolerance from children and adults alike. He was banned from attending school. Their family car was vandalized. Store clerks would throw change at his mother to avoid coming in contact with her hands.

Back then, HIV was much more prevalent than Ebola is now. People were familiar with the images of skeletonized HIV patients. There were hundreds of HIV patients in the big cities, making them easy fodder for the major TV news operations of the country. Yet it took the courage of one young man to finally make the country understand that a person who has contracted a disease should be treated with compassion, not as a pariah. With the help of the medical community and the government, people got educated on how HIV is really spread, not just basing their fears and rumors and hearsay.

Ebola is currently in that same early stage of awareness as HIV where people are more fearful of the unknown than the reality. Heaven forbid Ebola will one day reach the same prevalence as HIV. But if it does, we will at least have experienced a similar teaching moment to fall back on and not make the same mistakes all over again.
Posted by ZMD at 12:02 AM

Email ThisBlogThis!Share to TwitterShare to FacebookShare to Pinterest
Labels: ebola