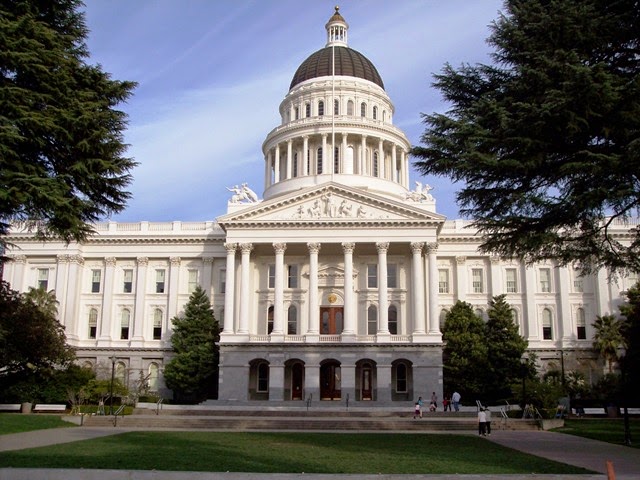 I was sitting at home trying to be a good citizen and fill out my mail in ballot for next week's general election. The process can be overwhelming. With literally dozens of races to decide on, I thought I should seek some professional advice. After all, I'm not a political wonk that knows the ins and outs of all these different candidates and proposals.

I first turned to the California Society of Anesthesiologists for their voting guide. I figured they of all people would have my professional well being as a top priority. Well they were no help. Their main issue is a screaming denunciation of the much hated trial lawyer sponsored Proposition 46. As far as assistance with state legislative candidates or any other propositions, they were conspicuously silent. While the website presented all the information for me to read,  I would still have to sift through it all by myself. They make no endorsements for me to follow. I needed somebody who was familiar with the people and the bills to give me educated guidance.

Next I surfed to the California Medical Association's web page. Now we're talking. This group actually does have endorsements of the dozens of different candidates running for office. Upon closer inspection of their recommendations however, the names all looked awfully familiar. To confirm my suspicions, I turned to the California State Assembly website to find the list of all the state's assembly members. My hunch was right. Nearly all the candidates the CMA has endorsed are incumbents. Candidates approved by the CMA and who are not currently in the Assembly are usually running for an open seat, and a Democrat.

So what's going on? Is the CMA so caught up in Sacramento's power games that they can only recommend candidates who they have shared lunch and drinks with these past few years? Are they so beholden to the politicians that they cannot fathom anybody else who is more qualified to represent the will of the people?

It's ironic that the CMA would want to keep in place the supermajority of liberal Democrats that have a stranglehold on California politics. I suspect that most of the CMA's members, and doctors in general, are more conservative than the majority of the political hacks running our state government. Yet the organization would have its members vote for candidates who are usually in bed with the trial lawyers--the same lawyers who wrote Prop 46 and its weakening of the cap on medical malpractice judgements. Does nobody at the CMA recognize their error in judgement by putting back the same liberal politicians year after year? These are the same elected officials who are derailing the state economy by approving high taxes and antibusiness legislation. Yet the CMA would have us believe that these representatives are the best people we can find to run our state. CMA, this is an epic FAIL.
Posted by ZMD at 2:20 PM

Email ThisBlogThis!Share to TwitterShare to FacebookShare to Pinterest
Labels: election