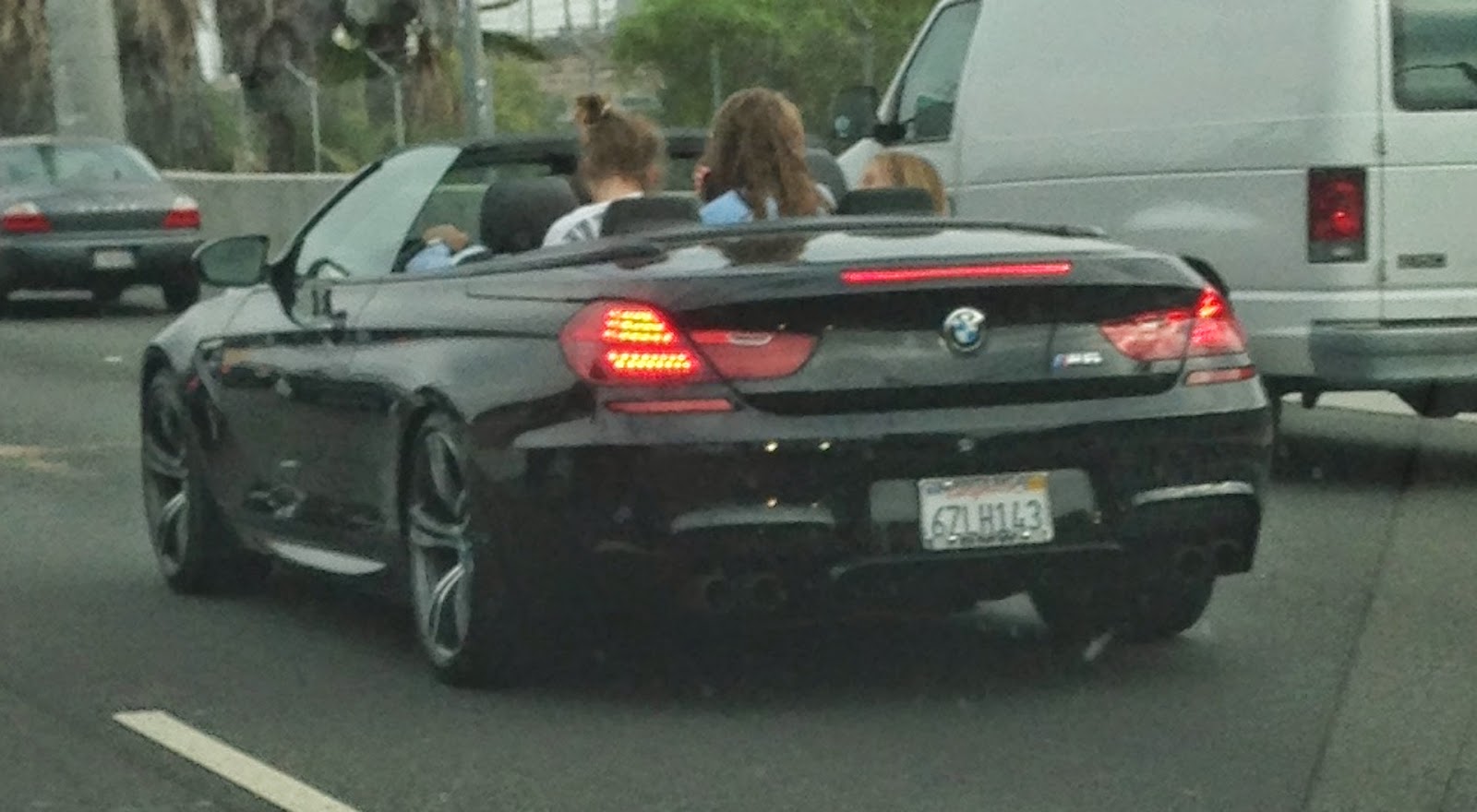 I've seen some pretty ignorant driving behavior here in Southern California. There are the women who put their mascara on while going down the road at thirty miles per hour, the applicator just millimeters from their eyeballs. Or the girls who decided they just needed to braid their hair with both hands at that moment while steering their vehicles with their knees. Texting while driving is practically ubiquitous these days. But when I saw this car on the freeway I had to do a double take.

People were all driving 50 mph+ when this BMW M6 convertible came zooming past. Now that isn't unusual for a car with an excess of 550 horsepower under the hood. But what shocked me were the three teenage passengers sitting in the back seat. They weren't really sitting in it so much as squatting on it. As you can see their heads and shoulder are way above the headrests. That's probably because this car's knee room is so cramped that they couldn't fit their legs back there. This car is more of a 2+2 touring vehicle, not a family transportation hauler. BMW calls it a 4+1 seating configuration, meaning the person in the middle of the back bench had better be tiny and willing to straddle a huge center tunnel running down the middle of the car.

Of course when you aren't sitting in the seats properly, you can't wear the seat belts either, which none of these three kids were doing. If this car ever got into an accident, those kids would become living breathing flying missiles shooting out of the vehicle at fatal speed. So now you have three children squatting in the back with their heads above the headrests and none of them wearing seat belts in an open top convertible. The potential for disaster is mind boggling. This just goes to show that just because somebody has lots of money, the retail price of this car is almost $120,000, doesn't mean they have much common sense, or any sense. I hope somebody recognizes this car and tells the driver to stop this insanely reckless behavior before innocent people are killed.
Posted by ZMD at 10:08 AM

Email ThisBlogThis!Share to TwitterShare to FacebookShare to Pinterest
Labels: BMW