California's Solution To The Physician Shortage 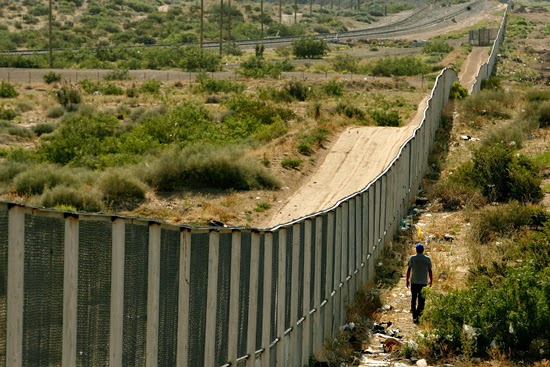 Well why didn't anybody else think of this before? While the rest of the country has been mired in despair over the worsening shortage of doctors, the California legislature has come up with a rather unique, and quite possibly illegal, answer to the problem. As our ultra liberal politicians are wont to do, they have decided that it doesn't matter what the law says. They have passed legislation that will make it possible for illegal immigrants who graduate medical school to practice medicine here in California.

Normally, in order to get a state medical license, a Social Security number is required to establish identification. Thanks to our sage California state senators, their bill will allow the use of a federal taxpayer identification number instead of the Social Security number for ID. Besides doctors, the bill also let pharmacists, dentists, nurses, security guards, barbers, real estate agents, and about forty other professions use the FIN to obtain their licenses to practice in this state.

Of course all of this is the logical progression to California's increasing accommodation of illegal immigration. We harbor illegal aliens in our cities and counties and purposefully hide their whereabouts from federal immigration authorities in the name of public safety. California was one of the first states to allow illegal aliens to obtain driver's licenses. Since they live here, they gotta drive to get to work, right? Then of course there is the DREAM act. This law let anyone who was brought here illegally before the age of sixteen to continue to go to school without fear of being deported back to his native country.

Thanks to the DREAM act, the University of California extends financial aid to these illegal alien students to help with their college education. The billions of dollars in cutbacks to education in this state didn't seem to make U.C. prioritize scarce aid money to go to kids who are in this country legally. U.C. also allowed extremely competitive admission spots to go to children who aren't even supposed to be in this country in the first place get accepted over thousands of legitimate applicants.

Once these students get their drivers' licenses, enter college, then finish graduate school, what are they supposed to do after they get their degrees? Why, sue the state to get jobs. The floodgates were opened when the California Supreme Court ordered the State Bar to allow an illegal immigrant lawyer to practice in the state. The conundrum of letting a lawyer, who is violating federal law by simply standing in the courtroom, defend this country's laws didn't appear to deter the Supreme Court justices.

So now let's talk again about letting illegal immigrant graduates practice medicine here in California. One of the steps to obtain my California medical license was I had to go to the police station to get my fingerprints stamped. This was the beginning of a not uncommon feeling that doctors are made to feel like criminals for working our trade. I guess since my state deliberately discourages turning in aliens, they can feel safe walking into any police station without fear of deportation. Whew!

But the tricky part is going to be when they apply for a DEA license. Since the Drug Enforcement Agency is part of the federal system, they still have strict guidelines on what constitutes legal status in the United States, something our two bit state legislature doesn't have to worry about. Right there on the DEA website, in fact the very first thing somebody needs to get a license, is complete identification including Social Security number. Hmm. I wonder if our politicians have thought through this? These newly graduated illegal alien doctors maybe able to see patients, but they certainly won't be able to provide any pain medications. Somehow I don't think these physicians will be very popular with patients or hospitals if they don't have DEA numbers to prescribe narcotics.

I'm sure the liberal administration in the White House will figure out another way to resolve this issue without the input of Congress. The flood of children crossing the U.S.-Mexican border is testament that people on the other side are paying close attention to the lack of enforcement of immigration laws over here. Frankly I think the only jobs that our representatives will forbid illegal aliens from holding will be government union jobs and their own. But how soon will all these aliens who live and work in the U.S. demand equal protection rights provided by the U.S. Constitution? Then will the courts have to let them vote too to gain fair representation? I'm afraid that time is not far off.
Posted by ZMD at 11:40 PM