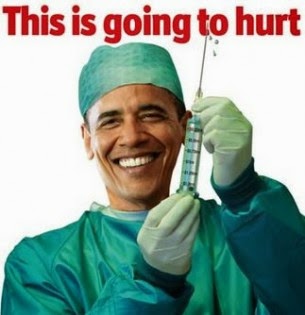 As part of being a doctor in this country, most of us are compelled to accept Medicare patients as a portion of our practice. If you want to work in a hospital, you have to accept the government health insurance plan for the elderly. Really the only people who can refuse it are the concierge and cash only physicians. If it weren't for these rules, I think many doctors would have opted out of accepting Medicare patients a long time ago due to the declining reimbursements and cumbersome bureaucracy.

Now that we've made a pact with this devil, the devil has turned around and stabbed his pitchfork right back at us. Medicare today released its database of payments it has made to over 800,000 doctors in 2012. For years this information on physician income was kept private under court order. But thanks to heavy handed lobbying by trial lawyers and consumers groups, Medicare was ordered to open up this data, all in the name of detecting and prosecuting fraudulent doctors who are supposedly milking the system dry.

It is galling that doctors have fallen so far in society's esteem that this most private of information can be forced into view for public consumption and criticism. We are now essentially public contractors who to take care of the government's healthcare obligations yet we don't get the same privacy protection that other government workers receive. Is there a database for the salaries of the people who work at NASA? Or how about the CIA and the FBI? And I want their names and places of residence too.

Still this information can also be quite entertaining. It will probably be used more by your fellow physicians than your patients or their lawyers. It is actually kind of fun to browse through and see how much money your colleagues made off of Medicare two years ago. You can search by name, specialty, and location. For instance the top three anesthesiologists in California each received over $1 million from Medicare. I found out that I didn't even make it into the top 100 best reimbursed anesthesiologists. I guess that proves that I'm not defrauding our government? And don't even think about comparing your Medicare payments to the gastroenterologists or ophthalmologists. With all the colonoscopies and cataract surgeries those people perform, they are the ones who are really raking in the big bucks from the Feds.

So fellow doctors, we accepted this contract with the federal government nearly fifty years ago to help the elderly in this country with their healthcare. Now this is the gratitude that we have received. Along with declining payments and waffling on the fix for the SGR, how much more can they do to repel doctors from accepting anymore Medicare patients?
Posted by ZMD at 12:16 AM