Regrets, I've Had A Few. 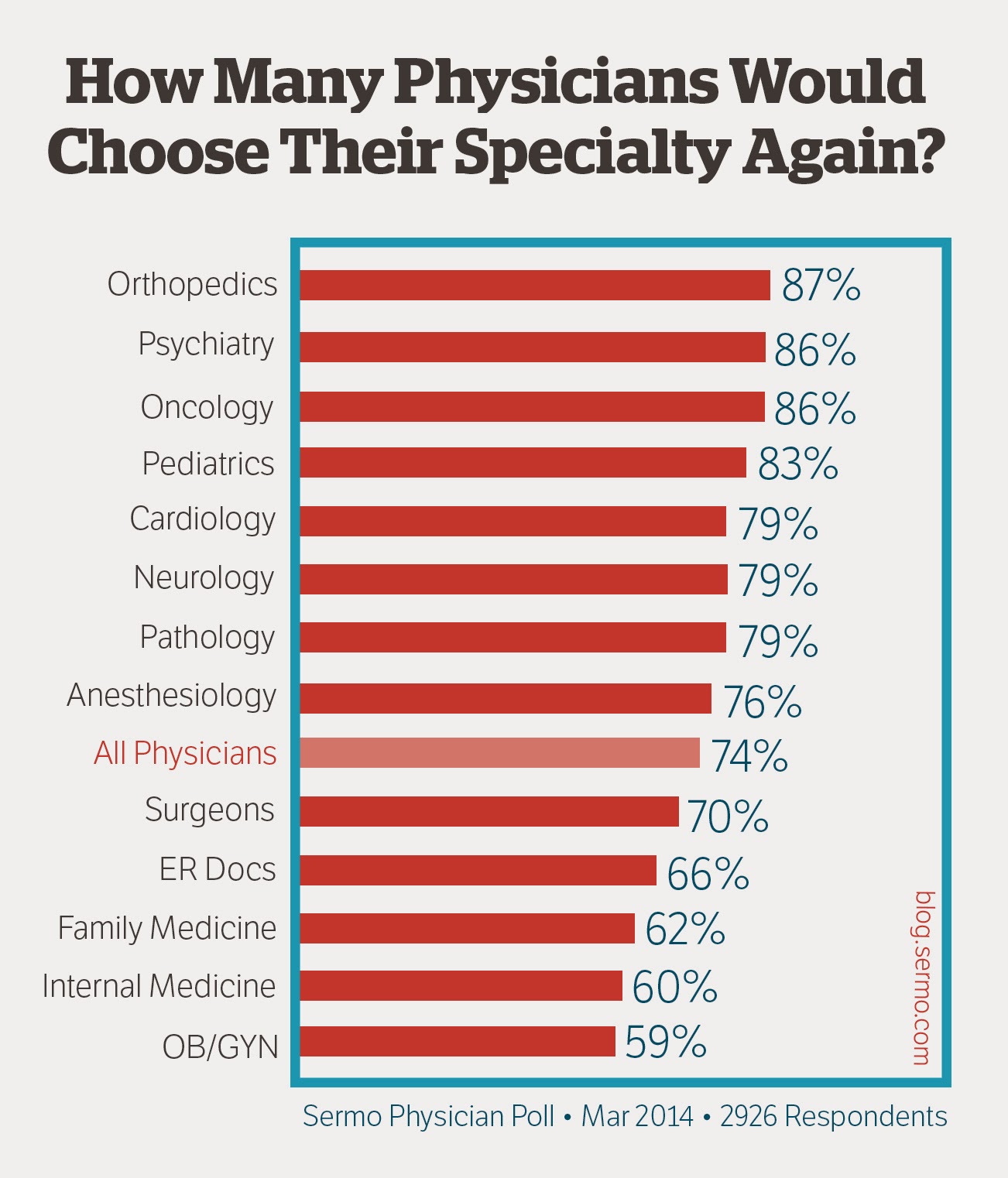 That's the lament being heard with increasing frequency among primary care physicians. Sermo surveyed its physician users on how likely they would choose their own specialty again if they had to start all over. The results should come as no surprise. Out of nearly 3,000 doctors who answered the survey, on average 74% would choose their own specialty again. However, bringing up the bottom were--OB/GYN and Internal Medicine. Only 60% or less of those doctors would choose the same jobs. This was followed closely by Family Medicine, with 62%. At the top of the job satisfaction list is Orthopedic surgeons, where 87% would choose the same specialty. This is followed by Psychiatry and Oncology, both in the mid 80% range.

Anesthesiologists answered with a collective "meh." We were nearly the average of all doctors, with 76% saying they would choose the same field. Surgeons are just below average, with 70% choosing to stay the course.

The results somehow aren't all that surprising. We all know about the terrible stress afflicting the primary care doctors. Reimbursements are terrible. There will soon be a flood of patients needing their services but whose insurance pay Medicaid rates. Their student loans are no less than doctors who go into anesthesiology or orthopedics or gastroenterology. So why get saddled with a six figure debt that's not even your home mortgage working for an income that's as little as 20% of their fellow classmates who chose to go into a procedure intensive field? These are the questions that many medical students and residents are asking themselves right now.
Posted by ZMD at 1:25 PM