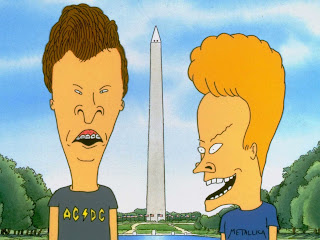 People may think anesthesiologists are serious, cerebral people. We are all supposed to be board certified intellectuals who think only about our craft and the welfare of our patients before us. Well that is true ninety percent of the time. What do we contemplate during the other ten percent of our lives? Like everybody else, sex and debauchery, of course.

It's no coincidence that the most popular post on this anesthesia blog by far is "The Dirtiest Part Of The Body". It has been viewed tens of thousands of times even though it really has nothing to do with anesthesiology. Now Anesthesiology News has published its ten most popular articles of 2013. Does it surprise anyone that the most read article last year had the provocative name "Study Probes Anesthesia-Erection Link"? I can almost hear Beavis and Butthead going "Huh Huh Huh Huh. He said probes." just from reading that title.

Now that everybody is awake and paying attention, I might as well give a quick review of this salacious piece. The article in questions is actually quite short. In fact, I didn't even notice it when it was published in October last year. It is a quick review of an abstract that was presented at the ASA meeting that month. The study was published by Chinese doctors who compared the rates of erections in men undergoing urologic surgery who received either sevoflurane, isoflurane, or propofol. Of the 300 men studied, sixteen developed erections during the operation. Isoflurane only caused one erection. Meanwhile, sevoflurane produced four erections and propofol was the most productive, with eleven. That's it. That one little paragraph garnered more views than any articles about Obamacare, CRNA's, Doc Fix, or anything related to anesthesia and analgesia. Just goes to prove that anesthesiologists are not only mentally well endowed, we are also human.
Posted by ZMD at 11:51 PM